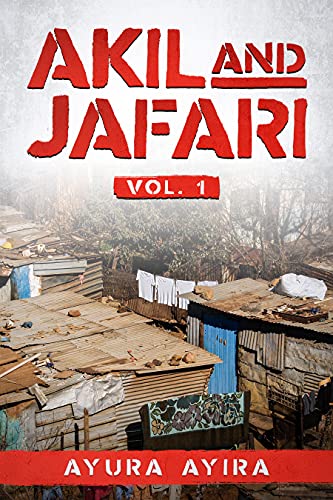 Akil and Jafari (Volume 1-4) by Ayura Ayira is a story about two boys who are childhood best friends turned rivals. Despite his health issues, life was better for Akil Chistopher than for many others, including Jafari Omar, but he still wanted more. With dreams of escaping a life of poverty in Africa and going to America, the pair hope to gain money and fame by becoming professional mixed martial arts fighters. But then a series of poor decisions leads to Akil accidentally shooting and killing his father. Jafari takes the blame and ends up sentenced to seven years in juvenile detention for the fatal shooting. Will the forced separation caused by the dark secret they share turn out to be the end of their friendship?

I liked the interactions and banter between Akil and Jafari when they were kids and missed that lighthearted tone and bits of humor during the rest of the story after events seemed to place a wedge between the two. I also liked the aspect of the story where the ghost of Akil’s father visited him and offered him encouragement when he needed it most. The story had a happy ending, which I was glad to see after all the struggle and strife that Akil and Jafari went through.

While I enjoyed this impassioned and thoughtful story, I felt that it ended abruptly. I wanted to know what happened after the two former friends were finally reunited, and to learn a bit more details about Jafari’s motivations for his actions. The story was told from Akil’s point of view, but I would have liked to see parts of the story from Jafari’s point of view, as well.

The focus on their close friendship in the beginning, which was my favorite part of the story, seemed to be replaced by a love interest for Akil in later parts of the book, giving this novel a surprising romantic element.

Akil and Jafari is a riveting story that will appeal to readers looking for a rousing and dramatic book of two intriguing men who face adversity in different ways.