A Story Of Its Own

Fedor is a thought-provoking coming of age story following a young circus performer that travels the world with P.T. Barnum’s Circus in the ‘80s. What was the inspiration for the setup to your story?

I worked for many years as a Special Education teacher and for many of those years with kids with autism. I have a memoir (Chucky’s in Tucson) about my years in this field and how I was a reluctant recruit, but more than thankful and honored to have had that career. Several times I brought up Fedor’s picture on the Internet while investigating different types of disabilities and one of my students with autism was extremely interested in his picture and his life. He asked if we could find out more about him and one thing led to another and I also became interested. I was dismayed there was scant information about him. I began imagining what his life might have possibly been like. This (Fedor’s life) intersected with the timeline of the expansion of the 19th-century American circus and the Black Tent sideshow. It grew, under P.T. Barnum, from a modest endeavor to the enormous spectacle I present in the novel. A story of its own.

Fedor is an interesting character that was deftly created. What were some driving ideals behind his character’s development?

We know Fedor spoke three languages and I supposed he was an articulate, intelligent, thoughtful human being, as I learned many of my students were. During those years teaching students with, sometimes, severe disabilities I learned they were smart (in their own way), genuine, kind, at times challenging, but some of the most exceptional people in the world. In the research I learned how huge and important the sideshow was in the circus. Well into the 20th century people made a living by exhibiting themselves for money. There were no social services, possible medical procedures, or family support for them. It wasn’t a rationale, but a necessity for them to actually live. They developed families, friendships, love, compensations and a much different but still a vocation.

We still have people born every day with exceptional gifts and disabilities. I wanted to explore what has happened in the past and how we’ve grown as a society and world. We’ve moved on from the Black Tent and sideshow, but to know our past and what passed for entertainment can teach us today how to treat the differences between us, not with horror or revulsion, but to know that people are still human and possibly intelligent and interesting. As Mark Twain, a circus devotee, said to Fedor, “You can’t throw too much style into a miracle and you, my friend, are a miracle.”

I’m working on another YA novel set in the late ‘60s and early ‘70s in West Los Angeles. It’s about the friendship between two boys with realistic gritty details of the era and their paranormal experience in abandoned movie studio lots. Hopefully within the next year it will be ready to go. Thanks again for the review and interest in Fedor’s remarkable life, travels, and experiences! 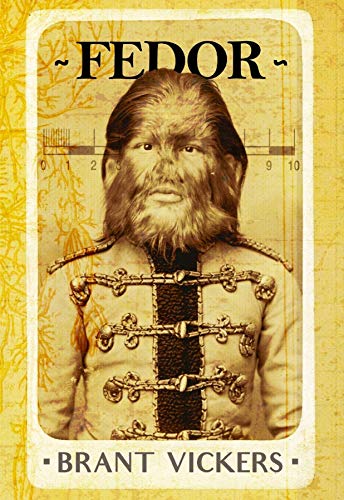