Dogs That Are So Often Forgotten 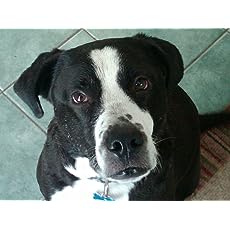 Chasing the Blue Sky follows the life of a shelter dog from one home to the next. Why was this an important book for you to write?

There are so many animals in our shelter and adoption system that it is often improbable for people to actually place an individual face or story with many of them. They are often relegated to statistics or ambiguous shadows behind kennel fencing. I wanted to write a story to help capture for people the vibrant life that exists in every one of those statistics or shadows. Having spent a great deal of time around shelters and dogs that have otherwise been abandoned on chains or in backyard kennels, I have seen so many dogs with great possibilities for life who were restricted based on their circumstances. The intent of the book was to try and show people that every one one of those dogs is rich, hopeful, and brimming with the chance to bestow the amazing gifts that all dogs give to us. I wanted to bring people behind the kennel walls using Toby’s story as a vehicle to share the voice of so many forgotten animals.

The story is told from the eyes of a dog, and delivers innocent but intuitive views of the world. What were some inspirations for Toby’s character?

Toby was particularly inspired by my first dog, Mack. Mack was a black and white pit bull mix who was adopted as a puppy from a city shelter. He was such an amazing dog – loving, kind, smart, and patient. He was everything anyone could ask for in a dog. But before I adopted him, he was a dog in a kennel. He may have been overlooked a hundred times and depending on the circumstances he found himself in, he may never have had the deserved chance to show everything he was capable of showing. He inspired me to let the world know that there are countless dogs just like Mack that, if given the chance, will be the greatest gift you may ever know.

The story is heartfelt and beautifully told. What were some of your driving ideals throughout the story?

As mentioned above, I wanted to bring people closer to so many dogs that are so often forgotten. My driving ideal was to be true to the reality of the world. It would have been very easy to write a book that was upbeat, and happy, and full of feel-good moments, but that would have been disingenuous. The book tells stories that I have personally seen over and over again over the past 15 years. This is real life. Often it is gritty and tough to see. Sometimes the situations in the book are tough to read but to address the problems facing thousands of dogs in our country, we must first face the truth. I also wanted to portray some of the unique challenges facing pit bull type dogs. These situations are also based on real stories and scenarios I have come across or personally dealt with. The world is harder if you’re a pit bull type dog and it is important for people to understand the obstacles arrayed against these dogs.

My focus is on books that promote the integrity, rights, and interests of animals. I am currently working on a second book which takes a very different theme. This book is a post-apocalyptic, dystopian novel set in the aftermath of a pandemic. The story follows the owner of a neglected roadside zoo, his personal journey to survive, and the evolution of his view of animals in light of the savagery of man that has suddenly engulfed his world. I expect it to be released early Summer 2019. 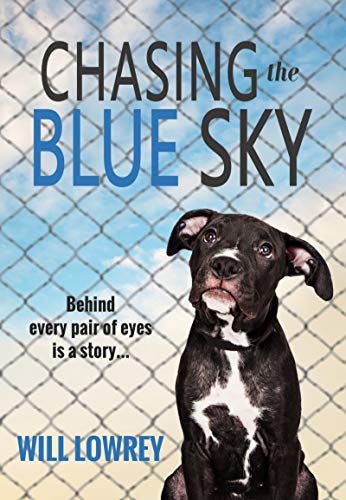 When life with his loving family takes a sudden turn, Toby finds himself fighting to survive in the unforgiving world of the county animal shelter. But he’s not alone – a motley cast of homeless dogs and a devoted pair of shelter workers will give anything to make sure he finds his forever home.

Chasing the Blue Sky is the compelling, emotional story of one dog’s journey to find his place in the great big world. Readers have described it as “Beautiful,” “Brilliant,” “Poignant,” “Powerful,” and “Gripping.”

If you’ve ever adopted, rescued, or fostered a dog – this book is for you.

This is a powerful book that kept me enraptured from the start. This poignant tale gives us a dogs-eye-view of a journey through a sometimes happy and often difficult life. From the sadness of leaving his mom as a young puppy, traveling through various homes, finding a loving home and losing it. The reader must experience great sadness and pain against animals who are defenseless and abandoned. If you are an animal lover this story will pull at your heartstrings. This is such a brilliant perspective encourages advocacy for animals. If you don’t shed a few tears while reading this, you must be asleep!

The writing is easy to read but not juvenile, as you might imagine with the perspective of a dog. The innocence of it is heart-wrenching at times, as if from the eyes of a child. I love all the descriptions and explanations for the dogs’ responses along with the actual dialogue between the animals. This was so endearing. The author masterfully created Toby’s world through his innocent observations that were without all the hyper analysis often accompanying descriptions of human emotions. Although the animals display innocence, they certainly are not dumb, on the contrary, there is so much intuition there that anyone who is bonded with a pet can understand. I love the relationships and bonds formed between animals as well.

This story paints a sad picture of shelter life. This is a great book if one is looking to inspire shelter adoptions, which may have been the authors intent. The picture painted in this novel is not pretty and It certainly created a great sense of compassion in me and interest in adopting an animal from a shelter in the future. This book is deeply penetrating and thoughtful. The writing is beautiful, full of innocence but also depth. This is a quick and impactful read that should be kept on hand for anyone wanting to promote shelter adoptions!