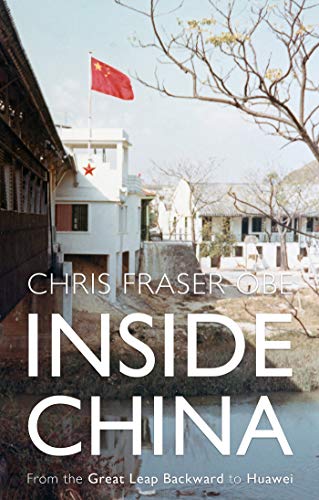 China is one of the world’s most storied nations, filled with rich history, colorful legends, and longstanding traditions, China has seen its rise and fall several times over the last millennium. Yet the China of today remains mired in mystery, hidden behind a curtain. The last fifty years has seen significant increases in China’s standing on the world stage, but what do we really know about the massive country?

Chris Fraser OBE’s Inside China – From the Great Leap Backward to Huawei is an honest and straightforward examination of the good and bad as witnessed during his time in the Hong Kong police force. This colorful memoir is filled with historical value and a deeply explored past. Chris Fraser’s book is much more than a memoir as it captures the unique path that lead to China’s current culture.

Chris Fraser is a seasoned veteran of both police and military service and it is clear that he has a strong working knowledge of what the rest of the modern world will never bear witness to. Chris Fraser’s time in the Hong Kong police force is highlighted with his encounters with various gangs, drugs, and government corruption. All of it delivered in a riveting, but factual, manner. This is a must read for everyone seeking to learn more about the turbulent decades leading up to China resuming control of Hong Kong and the removal of British authority. It is the perfect example of political and economic differences between East and West and sets the stage for understanding Chinese expansion throughout Asia. Inside China – From the Great Leap Backward to Huawei is a captivating cultural memoir that is sometimes humorous, sometimes shocking, but always compelling.