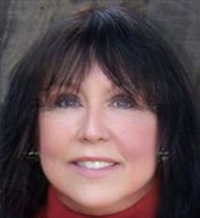 Dogs Don’t Lie follows Kallie who’s pulled into an investigation where the only witnesses are animals and Kallie is the only one who can understand them. What was the inspiration for the setup to this riveting murder mystery?

I had mentioned the idea to my sister years ago in a ‘what if’ kind of conversation. She continued to remind me of this story line, asking when I might start working on the premise until I finally wrote it! I also fell in love with the Murder She Baked movies on Hallmark Movies and Mysteries and thought a Cozy Mystery would be a fun way to develop the story rattling around in my head.

Kallie is an intriguing and well developed character. What were some driving ideals behind her character development?

I guess from some of my own experiences. In high school, I was the first elected female regional officer in FFA, Future Farmers of America. I was one of the first paramedics in Northern California working for both Fire departments and Ambulance Companies. Later, I owned and worked on a commercial cattle and show sheep ranch in Southern Oregon, where I also rescued Border Collies. I learned a lot from the amazing veterinarians from Crater Animal Clinic, doing much of my own vet work and helping other people in our small community with their animals. Oh, and I really like cupcakes!

I enjoyed the way in which Kallie is portrayed to understand animals. How did you find this perspective and develop it in the story?

Animal communication is a real thing. I did take a class from a woman who worked with zoos, race tracks, ranches, and state and federal wildlife organizations. I can still communicate, a little. If I practiced more, I would probably be better at it!

This is part of your Kallie Collins Cozy Mystery series. What can readers expect in book two and when will it be available?

Book two, Talk to the Hoof, is, yes, about horses. It’s a bit more complicated than the first book. There’s a missing woman, a murder, and five suspects all with motive. Ariel, the corgi/terrier mix from the first book, is very involved with what’s going on. It seems one of the horses in the story would rather talk to Ariel and have her then pass on the information to Kallie. Hmmm. I wonder why that is? 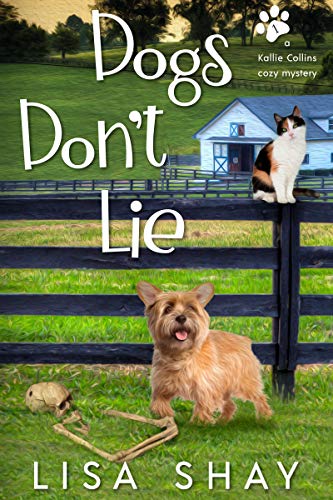 On call at Crater Emergency Animal Hospital, I, Doctor Kallie Collins, receive a curious request from the sheriff’s department. I’m to meet with a detective at a small ranch outside of town.

You see, there’s this dog with a bone he’s not willing to part with.

On scene, the dog tells me the bone is human. Actually, he shows me the location of the body, complete with a human skull, through an animal-communication technique I learned a couple years ago. Now I have to explain how this works to the detective, convincing him I’m not the murderer.

Who knew a simple farm visit would put me in the middle of a murder investigation? Well, I did kinda jump into this mess. I had to. I know what happened. The two four-legged witnesses to the murder told me.

And I’m the only one listening.

Dogs Don’t Lie by Lisa Shay is an exciting story that’s part murder mystery and part psychic fiction mixed with a hint of romance. Shay’s protagonist, Kallie, is a strong and independent woman. She is a veterinarian whose gifts go well beyond stitches and x-rays. She has developed the ability to clearly communicate with animals. Animals can “talk” to her in a way through feelings, senses, and visions. Kallie is called in to see about an animal at a murder scene, and soon becomes an invaluable resource to local authorities. She meets Ben, a detective on the scene, and soon it becomes apparent that Kallie and Ben’s relationship may go beyond work.

Shay does an amazing job of giving the animals in the story a “voice.” The way the words are written come across in a way that you could imagine an animal would communicate. The animals pick up on things that people wouldn’t likely notice. They see, smell, and observe things in a much different way from a  much different perspective. Shay writes these communications in short choppy sentences. “Warm sunshine. Insects buzzing. Sweet grass. The scent of fresh turned soil.” This is a brilliant way of conveying the stories of our four legged friends who can be such important witnesses.

I love a protagonist like Kallie. She is a tough girl. She is strong without being hard. She can handle herself for sure. She doesn’t need much help from anyone, but decides to let someone in now and then. I love her grit and independence. As stated, she is tough but animals certainly soften her edges. This is something that most everyone can identify with. She’s very relatable. Another relatable theme is her somewhat meddling mother. She’s constantly commenting on her clothes. She’s always looking to set her up with a potential mate. She’s basically in her business. Kallie resists, but keeps a close relationship with her family.

Kallie and Ben feel like an age-old boy meets girl kind of story. More aptly, it’s city boy meets country girl. It’s subtle, but Shay conveys a little spark from the moment the two meet. There is some good-natured ribbing between the two from the start. This is a far cry from a typical romance novel. However, their budding relationship gives some relief from the heavy murder mystery story-lines.

The book has a comfortable pace. It is well written with no noticeable errors. It has excitement without being overwhelming, and lulls without being boring. It is a good mix of heart pounding moments and simple everyday life. I thoroughly enjoyed this book. The human/animal exchanges between Kallie and the animals showed a fascinating dynamic. I also enjoyed the relationship between Kallie and Ben. I’d love to read more by Shay.