The Victims of Sudden Fame

Ladies of the Canyon follows two women who get caught in a complex and twisted relationship that turns violent. What was the inspiration for the setup to this thrilling story?

As a child, the film, WHATEVER HAPPENED TO BABY JANE? terrified me. No monsters or anything supernatural for that matter, just two women whose relationship is toxic. I wondered how such a story might play out in 2020 as opposed to the early sixties of the film. We’re now so familiar with child stars gone bad via reality shows, TMZ, etc. but I wanted to explore the details behind the lurid headlines and hear the story from one of the victims of sudden fame.

Devon and Nikki’s characters are intriguing and well developed. What were some driving ideals behind their character development?

I aspired to keep things real regarding the characters’ motivations and to delve into their pasts to help explain their current behavior.

The need for acceptance, surviving trauma, past and present, the effect of sudden fame and how a lack of self esteem drives our actions.

Not currently working on another book.

Ladies of the Canyon 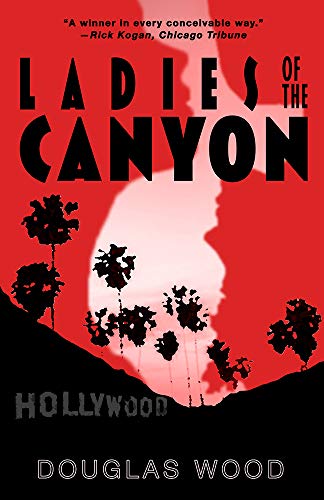 Ladies of the Canyon is a gripping psychological thriller about the intertwined lives of two women dealing with the pressures of fame and success- whether previous or present. Nikki Barnes is a has-been actress who recognizes herself in Devon O’Keefe, a TV star who feels as if she is slowly losing her sanity. Nikki invites Devon to her crumbling mansion in Laurel Canyon. Devon finds herself getting entangled within strange situations in the house, questioning her behavior and Nikki’s behavior at every step.

This story was particularly interesting because of the way it managed to subvert my expectations. Although it has many elements of a traditional thriller- sudden twists, a breakneck pace, and cliff-hangers, there are also many moments that you simply cannot see coming. Even though some mysteries are revealed early, the motive is held back till the last moment- creating a suspenseful and refreshing plot. There are a lot of secondary characters in the story, but it doesn’t get confusing because all of them are unique and make substantive contribution to the plot and character development. There’s also some moments that feel tongue-in-the-cheek, almost poking fun at the film industry. I was even reminded of the neo-noir classic film, Mulholland Drive, with the many parallels: Hollywood fame gone wrong and two women dealing with misadventures and their consequences.

Despite the underlying dark humor that creates a wonderful contrast to the thrilling plot, this book also deals with some serious issues. Nikki and Devon have both faced addictions, eating disorders, and problematic backgrounds. Nikki shares her issues with depression and loneliness, and Devon recognizes her need for help and company, having been through it herself. Their struggles make their unlikely story more believable, even endearing and relatable at times.

This is a dark story, with mentions of self-harm and substance abuse that could be triggering to some readers, but it’s also a fulfilling story. Even though it doesn’t necessarily end neatly and with a happy ending, it feels like a rewarding ending, and a realistic one. As realistic as one can get with a Hollywood thriller, of course. Douglas Wood is a masterful author who can create an all-encompassing and super-creepy novel. I look forward to reading more of his work.