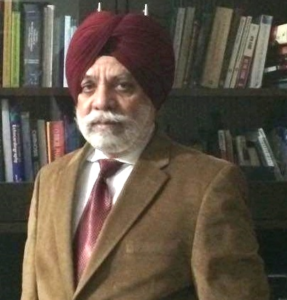 Revealers and Revelations attempts to philosophize a variety of medical topics. Why was this an important book for you to write?

Ans This book was very important for me to write because i extensively studied western philosophy from ancient to modern school of thought. This study was to learn about the scientific exploits of various philosophers. I realized that our modern science has its roots in the ancient and medieval philosophy of western philosophers. This study compelled me to give befitting tribute to various philosophers and their philosophies. Keeping it in mind i applied philosophical approach to describe various medical topics without trivializing them. I have tried to present this book to my readers to study and enjoy as well and of course it is as authentic as any medical text book. No exaggeration!

I thought this book was well researched. What kind of research did you undertake to write this book?

Ans I studied ancient philosophy of western world from various authors, begining with Pre-Socratics and continued the research till the modern philosophy of Sigmund Freud. I revised my own medical text books on various topics especially Genes, Genome, Stress, Cancer and Human Nature to equip myself with new thoughts which i couldn’t appreciate during my post graduation course in Internal Medicine. To expand the horizon of my thought i had to immerse myself in the writings of many authors. Some notable works which i researched with great passion were ‘Sofie’s World’ by Jostein Gaarder, Red Queen and Genome by Matt Ridley, Gene Machine by Venki Rama Krishnan. Aleksandr Solzhenitsyn’s novel Cancer Ward was a fictional novel but it added a lot to my information regarding the subject. Other books which i immersed myself in were Robert Bazel’s HER-2, the Plague by Albert Camus, One renegade cell by Robert Weinberg. Sidhartha Mukharjee’s great works like Emperer of all Maladies and Gene were very wonderful reading, Death of cancer cell by Vincent T Devita JR MD, The fifth miracle by Paul Devis, Illness and its Metaphors by Susan Sontag was mind blowing to read. Then to learn about Stress i did the indepth analysis of Sickning Mind by Paul Martin and to have touch of spirituality in my works i dived deep into the works of the all time great poet painter and philosopher Khalil Gibran. I can’t recollect many Journals, notes and essays which by various great writers were of great help to satisfy my innerself.

This book delves into deep discussions of genes and genomes. What was your driving motivation for discussing this subject?

Ans My driving motivation was; to be honest is to become a writer and to get literary fame. I am inspired by the lifes of Khalil Gibran, Sigmund Freud, George Bernard Shaw, AynRand, Susan Sontag, Spinoza, David Hume, Fyodor Dostoyevsky and the author of Genome and Red Queen, Matt Ridely.

Ans I am working on the study of genes and the genesis of cancer and its impact on our society, its prevention and latest intervention to tackle this monster. I am yet to give name to my new book which of course will be very informative, This may be available at the end of next year.

Revealers and Revelations: is a research work borne out of passion to know Philosophy and Philosophers and an attempt to philosophise various Medical topics without trivialising them. Begining from Pre-Socratics till Sigmund Freud is a pleasant tour of philosophy. This book describes gene from ‘principle’ of Aristotle to four letters (A.C.G.T) and Genome. Nothing is more important to human lives than the Guardian angel of genome, the gene TP53 which obviates the immortal illness…the Cancer. Described in a literary style as ….A thief in the night; the cancer once an obscure disease and now a defining plague of modern era; its various incarnations and monstrous character is stripped naked in this work. And finally Stress to Eustress to negotiate with uncertainties of human life . And that Human nature as a history of sexual evolution than the natural evolution is beautifully explained to be comprehended even by a lay man!

Revealers and Revelations delves deep into the reach philosophy has on different things. The book begins with an exploration of some of the greatest philosophers of all time. It continues with a bit about the convergence of disciplines like medicine with philosophy. It then ends with an introduction of human nature and philosophy. Between all of this the book even untangles cancer and genes.

It has been said that philosophy is perhaps one of the most multi-dimensional disciplines out there. The good Doctor does a great job of presenting philosophy in the simplest language possible. This is usually a subject that baffles many as it is riddled with discombobulating elements. The ease with which the subject mater is presented in Revealers and Revelations is instrumental in enjoyi9ng the book as well as promoting participation in the reader. There is something to be said for an academic who is capable of making abstract ideas attainable for people who lack the training to understand technical language but possess boatloads of curiosity and interest.

Dr. Lakhwinder Singh Multani has taken time to comb through the work to ensure this book is well researched. The author’s own passion shines through. He chips in with his own opinions and beliefs lending the book a well appreciated personal touch which turns the reading experience into more of a conversation. Reading through, you get the feeling as the reader that your opinions would be welcome and embraced.

The cover is a silhouette with a sunset as the backdrop. It is beautiful and makes one curious about what is contained in the book. However, it may be a tad misleading. Maybe this is misplaced but most books with such covers tend to be religious which is not this book at all. The title, while fitting, may also feel a little simplistic to some considering the intensity of the subject matter. When you get down to it though, these do not take anything away from the book. It is still a necessary read for anyone who is looking to understand the world more.

Revealers And Revelations: A philosophic approach to scientific literature is an exceptional book that has wide appeal. The subject matter is compelling and the author’s style of writing is engaging and beguiling. It is a book dealing in a heavy subject matter but delivering it simply. It makes for a wonderful conversation starter.