Her Tale Was Told In Whispers 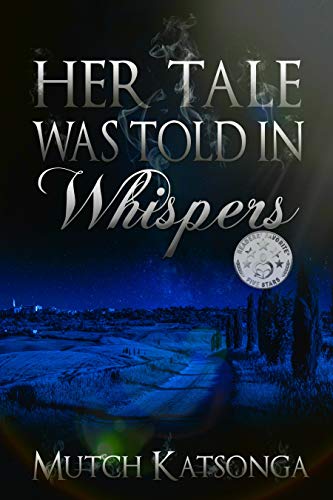 Her Tale was Told in Whispers by Mutch Katsonga is a haunting coming-of-age story about a young man who becomes fixated on a girl named Marcy who he witnesses being bullied at Knoxridge High School when they are teenagers. He does not join in bullying Marcy, but he doesn’t stand up against the bullies either. Then one day Marcy disappears, and when she reappears briefly, he feels regret for not defending her against the bullies. A short time later, he leaves Knoxridge High after a disturbing incident, and it is many years before he sees Marcy again. When Marcy vanishes from his life yet again, he is determined to find her. But will learning the truth of what really happened all those years ago change everything?

This was an intriguing story that kept my interest from the beginning all the way through to the end. As I read the book, I had many questions that I wanted to find the answers for, which kept me turning the pages. I liked the consistent element of mystery and uncertainty in the story. All the threads started to come together at the end, with the reader learning the true significance of many of the previous events. I liked that there was a surprise twist at the end which I did not expect. This book is a short novella that can be read in a few hours.

While I enjoyed this story, I felt that the flow of the story felt a bit disjointed, going from the time when Marcy was fourteen being bullied in high school, then recalling events from her earlier childhood, and then jumping to when Marcy is twenty-one years old. Also, I wanted more details around who was the narrator, where the story was taking place, and in what time period.

With those minor distractions aside, Her Tale was Told in Whispers is a riveting mystery novel that follows the lives of some very intriguing characters. With a rich atmosphere and easy storytelling, I think this would be a perfect book for fans of young adult literature.