The Tragedy of Misunderstandings

My Name is Rose follows a curious young woman who leaves a commune to explore the world and find herself. What were some ideas that informed this novels development?

The thread that runs through my novels is nostalgia. As a baby boomer, I lived through some of the best decades, experienced the life-changing views of all Americans that were shaped by the Vietnam conflict, as well as the hippie peace movement that followed. I was never extreme, but fads began and ended in California. A teenager or young adult couldn’t help but be swept up in the changes that were happening, and communes were an escape for many of my generation who preferred the unhurried environment they provided.

The plot line of Rose’s lineage sprang up from the well-known fact that “free love” was embraced during this time, especially in San Francisco, the poster city for peace rallies and an over-indulgence of mind-altering drugs. Without degrading personal choices or judging anyone’s character, I thought it would be an interesting perspective to pursue from the point of view of one couples’ offspring. This nugget of inspiration has nothing to do with my life or direct involvement, but is an encapsulated version of what might have happened in this situation. There was no particular incident that triggered this story, but it flowed easily once I started to write.

Like Rose, I was never the center of attention growing up and spent more time observing than participating. I cultivated my skills that were more cerebral, as opposed to physical, and Rose has a touch of my personality in her. I was able to weave her life through the years not so much with first-hand experience, but with knowledge I had acquired over decades that helped me to understand what links hearts and souls together. My protagonists are ordinary people dealing with difficult circumstances. My antagonists are as much self-doubt, anger and immaturity as they are a person, as we can damage ourselves just as easily as we can be damaged by another human being. The tragedy of misunderstandings and mistakes that lead to estrangement is something many of us have felt, and this particular family saga puts into perspective how everyone plays a part in the final outcome. As an author, I have the ability to shape my characters – the way they think, dress, talk, behave – in order to present a tight, neat package with what I hope is a satisfying ending for my readers.

I find that writers often ask themselves questions and let their characters answer them. Do you think was true for this book?

Great question! That is absolutely true in this story! When I started to think about this novel in my head, before I even started writing it, I knew there were a few endings that I could create. As I wrote, and the characters and situations evolved, I considered all of them in the back of my mind and how I would determine the final chapters. Interestingly, when I got to that section and the question of who Rose’s biological father was, the words just spilled onto the page. I didn’t question it, scrapped the other endings, and let it emerge to a natural conclusion. It was seamless.

During my first nine weeks of quarantine, I completed the first draft of my third novel, MIRACLE. The story revolves around two young women in the 1950s’. One lives in Southern California and must come to terms with the fact that four unsuccessful pregnancies leave adoption as the only option for herself and her husband. The inability to qualify with the adoption agency due to their advancing age – almost thirty was old in the 50s’ – steers them towards an alternative solution of adopting a child outside the United States. From 1945 to the 1970s, the Canadian government created maternity homes for young women who were without a spouse or family assistance. Forced to give birth in secrecy, it was understood that they would leave their baby behind for adoption by a suitable couple. The second young lady finds herself in a position that demands she reside in one of these homes for the last part of her pregnancy where she agonizes about the ultimate sacrifice that is forced upon her. These two women are destined to connect, but the ending is not as one might expect. I hope to have MIRACLE ready for publication by mid-2021.

My Name Is Rose 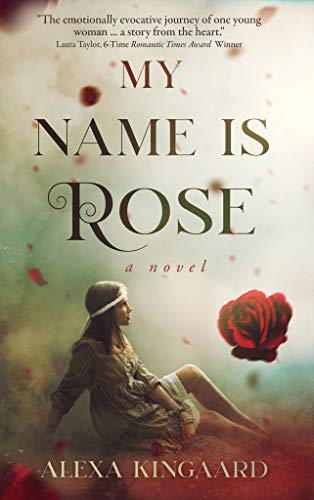 Growing up in a hippie commune probably sounds fantastic, right? Not for Rose. She doesn’t have the same love of the commune that her parents do and doesn’t desire isolation and living the way the commune does. She’s bored and needs something more than the life of the commune can offer her. When she begins to pull away from them seeking her own life, she begins searching for answers to questions she’s never had before. In a book about finding out what you want and who you are, Rose stays true to herself and discovers what she is looking for. In a story of love, loss, and growing up, this is truly a fantastic book that will have you going back for another read.

This was an exciting book. I could relate to Rose because she wasn’t popular, she didn’t consider herself overly pretty, you can tell in areas that she feels self-conscious and awkward. In school, I had the same experience. I was a nerd who everyone wanted to pay to do their homework but never befriend. Her story was so much more real to me because I could see myself in the story. I liked that the author portrayed real emotions that you feel at that age and made an integral part of the story. I also loved the way the author wrote the book. Her writing was clear, never dull, and the book was incredibly profound to me.

I also like the concept the author was going for and how it makes you think about life and existence. Other books have strived for that same message and didn’t pull it off with nearly as much grace and elegance. By far, she was my favorite character though I enjoyed Andrew and found myself liking her mother as well. I would rate this book a four out of five stars for the dimension she gives the characters, and the book brought me close to tears on occasion. It was hard not to get choked up with the intense emotional upheaval that the book offers.

There were places where I found myself wanting to talk some sense into Rose and Andrew, but I enjoyed the pace of the story and the lessons within the pages. My Name Is Rose is a mesmerizing coming-of-age novel that will pull at your heart.