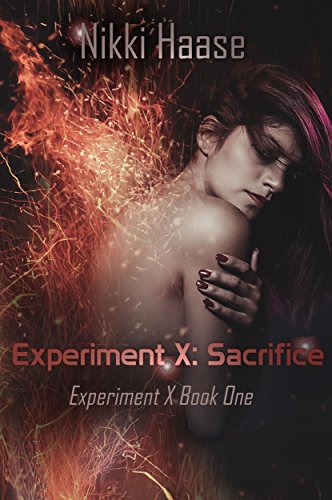 Let conspiracy enthusiast and sci-fi fans rejoice for there is a new series of books launched that engages the reader in an action filled thriller; rich in violence, plot twists, the supernatural and human connections.

Experiment X – Sacrifice is told from the first person narrative of Karen; a regular woman with a regular job with secret abilities she didn’t know about. What starts out as a story about a waitress with a terrible boyfriend and superficial friends spirals into an intricate voyage of family secrets, genetic manipulation and a high death toll.

The heroine’s catalyst arrives early on in the form of Jack, which is a man she has had violent dreams about. Jack makes Karen aware of her part in a hidden and awful government experiment. The breakneck pace of this novel does not let up and the plot is very interesting as are the characters; but I felt that they were underdeveloped and sometimes the plot overwhelmed the narrative. Experiment X still draws the reader into its deeply rooted story lines and paints a vivid picture.

The author is also successful at striking a good balance of action and world building, such as when some of the survivors of the experiment try pizza for the first time. I wanted more depth to Karen’s transformation because I liked her and her relationship with her fellow mutants enriches the story. I also wanted to feel more of the mental and emotional cost of such atrocities because what little is presented is very well executed.

Experiment X sets up some seriously interesting story lines for the heroes to be expanded on in the continuation of the story; such as how the mutation develops differently in each person and family loyalty. There are many layers to this narrative, exploring those while keeping the action oriented style of the book elevates this series. Be ready for betrayal, plot twists, a high body count and a fair amount of emotional turmoil.