Prison From The Inside Out 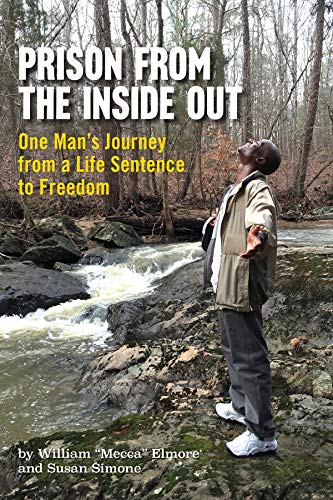 Prison from the Inside Out by William “Mecca” Elmore and Susan Simone is a powerful story depicting the struggles in the life of William and his family, his life at the prison, and the indomitable spirit that lifted him from darker days. The story also sheds light on a number of critical issues, questioning the nature of justice in the society we live in, hinting towards the need for reform.

William was convicted for shooting a person, although he had not intended to hurt anyone. His aim was to save his friend from an dispute, but that very same friend testified against him at the court. This book, at any point, doesn’t try to conceal the crime. It speaks about things as they happened and forces readers to analyze deeply why we are carrying forward a system that is essentially flawed.

The narrative takes us through the journey from his teenage years to his introduction into the world of crime and drugs. The story is told with utter truthfulness, bringing out the harsh realities that often elude us. The book provides a fresh perspective on those who spend their lives behind bars.

The book’s subtitle ‘One Man’s Journey From a Life Sentence to Freedom’ aptly reflects the crux of the matter. It’s in not giving up that William finds his freedom, and Susan Simone records his words with great articulation, grasping its essence. The image of the prison days becomes gloomy, scary, and brutally real, but the hope at the end of the tunnel keeps the reader hooked throughout. With the help and unconditional support of his mother and sister, William learns to see that ray of hope. And to know how he goes about it, you have to give this book a read.

Thanks to the oral history method the authors used, each and every incident taking place in the lives of William and his loved ones come alive in the readers mind. It sends a strong message of hope and relentless will, that steers away from the gloomy sadness of a life sentence. This book is an exemplary read for anyone who wishes to look at the larger picture of the justice system.