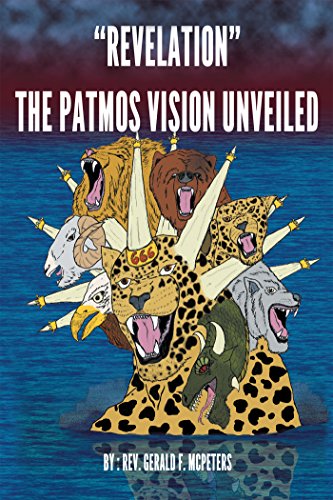 The author, Rev. Gerald F McPeters has brought a new perspective to how Christian’s interpret the Bible, especially the book of Daniel and Revelation. The author understands and respects different religions and also different perspectives of Christianity. His perspective sheds new light on what most Christians have been brought up knowing and maybe overlooked. Although Rev McPeter’s interpretation of the book of Revelation is possibly controversial, it has created room for people to think outside the box. He has done a great job of comparing the relationship between the United States of America and Israel to what the bible talks about God’s chosen nation. The author uses real life scenarios and current events to explain his understanding of the book of Revelation and this helps in creating a vivid image in the mind of the reader.

“Revelation” the Patmos Vision Unveiled does not have fictional characters but the author has done a marvelous job of creating perfect images of all the symbols and metaphorical figures in the book of Revelation using simple language that can be easily understood. A good example is of the seven seals that are mentioned in Revelation 5. The book makes many references to Christianity and the United States so if you’re not within one of those two groups you may have a different experience with this book. Besides that, the book is an thought-provoking piece of literature that provides guidance, new perspectives and new ideas to the biblical knowledge of Christians all over the world. I would recommend this book to Christians and anyone who wants to learn more about the life of Christ and end times.