The Dung Beetles of Liberia 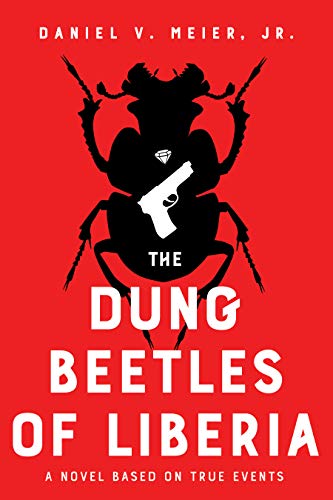 An adventure story of a young man trying to escape his past and punish himself for the death of his brother. Set in the wild and lawless country of Liberia, this story is an epic roller coaster ride that takes you through the exciting highs of life in a proper libertarian society, while not being shy about the harsh realities of life without law. It has romance, action, villains and an unconventional good guy pilot who might be rough on the outside but has a big heart for the country he decided to call home. Quite an education into the airline industry in a third world nation.

This novel does a great job of highlighting some inconvenient truths of emerging countries who accept deals from international companies and the harshness that occurs to the regular people.

Resource rich nations with uneducated citizens have been dominated by the rich since history began and The Dung Beetles of Liberia does a fantastic job at unmasking the on the ground truth of this exploitative situation.

Told through the eyes of a young American man running away from his problems back home, it does a great job of placing him in many different situations and meeting many different people involved in the shady business of a resource rich country, capitalizing on the lack of education of the majority of its people.

Some of the language used makes it hard to read when the author is trying to convey the accents of the natives and other pilots in the story. I felt that it could do without the misspelling of words that conveyed and the accents of characters.

The plot of the story is a bit scattered, leaving me to wonder what the central adventure/struggle was that the main character should overcome. Whilst this kept things interesting, it would have preferred to have had a few less love interests, and a stronger focus on just a few issues Ken was to face in his journey.

Overall, this story is well worth a read and does a great job in depicting what it would be like in an emerging 3rd world country that is run by dictators who are making obscene amounts of money off the backs of the native people. This is a story that is hard to put down and keeps you on your toes as to what will happen next, right down to the last chapter.