The Lost Signal is a thrilling science fiction novel that finds humanity on the cusp of invasion. What was the inspiration for the setup to this story?

Besides ourselves or nature, what’s our greatest threat? This is a question I’ve always enjoyed asking from a fictional standpoint. I wanted humanity to face the ultimate danger as they realize they’re not on top of the world. I love alien invasion stories and fantasize about all the possible outcomes. If another species came to Earth, would it be on a friendly basis or as enemies? I decided to answer this question with another one: Why not both?

Fiona is a compelling and well-developed character. What were some themes you wanted to capture in her character?

Fiona’s character was created to explore what it means to be human. For that, I needed someone with the potential to become a hero while having the flaws of the average person. I wanted Fiona to be brave, but prone to doubt herself at the same time. She’s someone with a great sense of justice, but she can also be selfish. Everything about her is a dichotomy, and she’s always caught having to choose between one version of herself or the other. Her story is the journey to find a balance without betraying herself; even if this balance doesn’t always match what people around her want her to be. I like to think of this as the ultimate human struggle. As individuals, we always strive for the approval of society. Sometimes this means we must sacrifice what we really want in order to obtain it. We always surrender a little bit of our freedom so we can thrive as a social species. I wanted a hero who could be the embodiment of this struggle—a hero just like you and me.

The backstory of this series explores the myth of creation in an intriguing way. What were some ideas that were important for you to explore in this book?

The theories behind ancient astronauts have always intrigued me. You could say it’s a little obsession of mine. When you take all the ancient myths and interpret them with aliens in mind, they kind of make sense. And if you really think about what this means to us a species, it makes us feel little and insignificant. We are the rulers of this planet, but what if that wasn’t always the case? What if we are not as big as we think we are? I wanted to explore those questions and reduce humanity’s importance to that of an ant. We are no better than any other species, we just so happen to exist on this planet and be good at surviving.

This is book one in your Slaves of Zisaida series. What can readers expect in book two of the series?

The next book will be called The Last Guardian. It’s an exploration not only of human nature but also of what it means to be good or evil. Expect the characters to sink into morally gray areas. Humanity will be thrown into the bigger scheme of things. This time, the war will extend to the rest of the galaxy, and more alien species will be introduced. Zisaida will play a much bigger role in the next book as it’s the center of the whole plot. Those who mean to control it won’t rest until they have it all.

The signal shouldn’t exist, but its disappearance brings forward a harbinger of doom. Humans can’t fight this war. Not without help.

For years, Dr. Ethan Fawkes has been communicating with a mysterious scientist using an encoded signal. Together, they designed the first space-faring warship. But when the government orders Ethan to dismantle it, his collaborator has no choice but to reveal a terrible secret. An army of powerful aliens is about to invade Earth, and humans must rush to prepare a defense or risk losing their freedom forever.

The future looks bleak, and it’s about to get worse.

Fiona has no memories of her origins, but somehow, she shares half her DNA with the invaders. For this, she lives a life of scorn and shame amongst humans. When the enemy arrives to enslave her village, will she help the humans who hate her or join the aliens who welcome her? The key to victory lies in the depths of her obscure past. Can she remember her true heritage before it’s too late?

The signal must be sent once again. 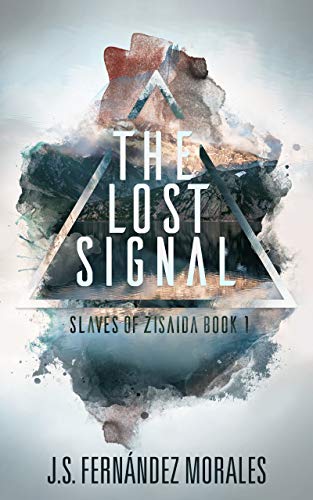