The Revelations of August Barton sees August taking a dramatic next step in his relationship with Rose while a tornado of other issues surround him. What were some sources that informed this novella’s development?

Bits and pieces came to me for the sequel a little at a time. It was just a matter of figuring out how it all fit together and what would be cohesive in terms of continuing Augie’s story. Majority of the story stems from personal experiences and real life situations I have observed or dealt with myself.

I enjoyed how August continued to grow in this novel. What were some new ideas you wanted to explore with his character in this book that was different from book one?

In book one, I felt it was more of an introductory and lighter read. So to contrast that I went a little darker with book two, because like life there has to be a balance. Things are not good all the time everyday for everyone. Life has a way of throwing curve balls when you least expect it and it’s how you maneuver past them that determines your strength of character. I really wanted to showcase this with Augie by letting him make mistakes and try to figure out how to fix them on his own.

I appreciated the grounded approach you took to many of the obstacles August faces. Was there anything from your own life that you put into this story?

I like to believe that Augie is and always will be the better version of me that I wish I was at his age. He is the person that we can all become if we are willing to accept our flaws and learn from our mistakes.

Do you have other August Barton novels planned?

I do. I plan on there being four books in this novella series total. Book three will be awhile because I have other projects that need to be finished first, but I am very excited about the next installment. Readers can definitely expect some more shenanigans as well as family drama, love, and possibly a good cry. 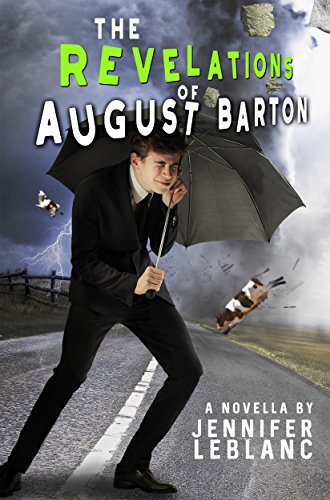