← If it Bleeds, it Leads
Ian Bradshaw | The Crooked Boundary → 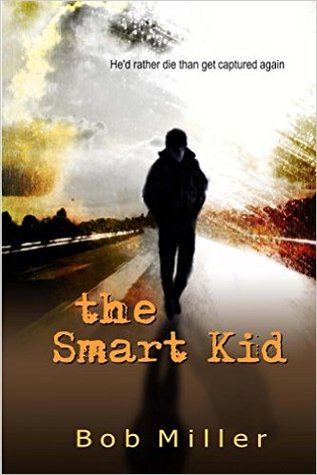 The Smart Kid by Bob Miller is a genre-crossing novel with elements of a political thriller, a bit of science fiction, and a mystery as well. Although the story centers around a teenager, I’d hesitate to call this a “young adult” novel. The themes and situations would be entertaining for any adult. The setting in the mid-20th century may leave younger readers wondering about the pop culture references.

Matthew Jansen is an oddball student. He’s a new boy in school, but he’s very smart and spends most of his free time keeping notes in his journal. When the new school counselor, Charleen Therry, gets to know Matt, she discovers secrets that sound like they belong in a Nancy Drew novel. Charleen wants to help Matt, not only because of his secret, but also to help her heal from the death of her husband and son. Matt has been searching for an adult he can trust for years, and with Charleen’s help, he may be able to right the wrongs done to him.

From the start, it’s clear that this is a novel with lots of action. The story begins with a young athlete barely escaping his school and the shadowy government agents who are chasing him. He knows they’re still after him and they won’t stop looking, so he does what he can to cover his tracks. Matt is smart—some would say too smart—and he wants to use his intelligence and gifts to help other kids in school with him. But his intelligence gets him noticed, and that’s not good for his safety.

Matt thinks of himself like a superhero out of the golden age of comics. He tries to help other kids with their real problems, like child abuse and predatory adults. He’s no stranger to hardship, and this drives his need to go so far as to secretly manipulate adults in order to help other kids.

One of the things I enjoyed most about this novel was the author’s ability to ratchet up the tension through exciting action. Our hero is never truly safe, and throughout his life, he’s been one step ahead of the G-men who are in it for their own nefarious reasons. Harrowing chases, narrow escapes, and even tragedy kept me turning pages. Following Matt’s adventure as the layers of deception and subterfuge fall away to reveal the truth is a roller-coaster ride that will keep you in suspense until the very last chapter.

Another thing I enjoyed is that Matt turns out to have more allies than he thought. The surprising appearance of someone from Matt’s past helps him realize that his mission to be a “superhero” that helps other kids with their problems had more of an effect than he could ever imagine. Overall, this is an exciting and emotionally-driven novel and I recommend it for anyone who enjoys mysteries and thrillers. It has the feel of a classic pulp adventure without the predictable plot and characters. It’s truly surprising, and a lot of fun to read.

← If it Bleeds, it Leads
Ian Bradshaw | The Crooked Boundary →