From My Own Experiences as a Soldier 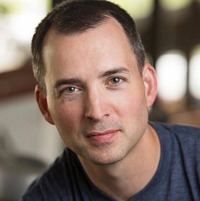 Path of Jen is a political thriller following the harrowing journey of a young Iranian-American girl that’s kidnapped. Some events in the book were chillingly similar to real life events. Did you take any inspiration from real life when developing this book?

Current events certainly inspired my writing, and there was no shortage of material. We experienced the refugee crisis in Syria, the unprecedented growth of ISIS and all of their atrocities, and multiple attacks by radical Islamist across Europe and the US. I feel fortunate that the idea for this book came when it did, although in my heart I truly wish it wasn’t so relevant. This book lays bare a multitude of polarizing issues. On the surface there is the main issue of radical Islam and the very real threat it poses to the entire world. I do not apologize for presenting the truth as I see it on that matter. That alone is enough to inspire some, anger others, and turn off a whole bunch of potential readers. So be it. Underneath the issue of radical Islam lies the unquestionably connected and saddening issue of women’s rights. Horrific injustice is perpetrated against women under Sharia Law every day. That is one of the main reasons I chose to make Jen’s heritage Iranian, and Tehran as her place of abduction. Iran is a country with rich culture and history that only recently leapt backward to a near medieval stance on women’s rights and individual freedoms. Jen’s observations and experiences explore and expose the inconsistent message to young women that a male dominated Muslim culture whispers with a seductive smile.

Jen goes to Tehran on a family trip where she’s kidnapped and transported to Syria. I thought the details of the locations were fairly accurate. What experience do you have with Arab culture?

Many of the places and scenes in the book were taken from my own experiences as a soldier in Iraq. Suicide bombers, IEDs and Extremists were a near every day occurrence, and they instilled a heightened sense of awareness in me that I will never be able to let go of. While in Iraq, I visited the Iraqi monuments to the Iran-Iraq war near the Green Zone in Baghdad. That began my curiosity into Iranian culture and history. When I discovered the Islamic Revolution of 1979, I began reading on the subject of women’s rights. I found that some of the best advocates were women who live in, or have lived in, Iran, and their stories were heartbreaking. To effectively capture the other areas Jen was likely to visit, I turned to my laptop. I spent many hours reading travel blogs, browsing photos, and researching everyday life in Iran and Syria.

I enjoyed Jen’s character, she is intelligent, headstrong, and uses her wits to stay alive. What was your process in creating her character?

The idea for Jen came to me one day while I was quietly remembering one of the medics I served with in OIF2. She was visiting the bazaar inside the Green Zone, in October of 2014, when two suicide bombers blew themselves up, killing and injuring several Americans and Iraqi nationals. I wasn’t with her on that day, but I remember her describing the blood, carnage, and utter chaos. I noticed a subtle change come over her. She would never be the same, I was sure of it. One of the lessons we learned from Iraq and Afghanistan, was that we could never become complacent. As fast a we could devise a new armor or defense, the jihadists would devise a new way to defeat it. What would be more devastating than a suicide bomber? The answer was, combining the violence and terror of a suicide bomber with the madness and fear of a deadly viral outbreak. It’s difficult for a man to write from the perspective of a young woman, and I struggled with it at times. I posed questions to my own teenage daughters when I wasn’t sure if I was on the right track, and I utilized female proof readers. I also drew from my own experiences with women as a firearms instructor, Marine, Soldier, and trainer. I find that women are often quick to pick up the mechanics of firearms manipulation, and I crafted Jen to have that naturally intuitive characteristic. I decided that above all else, I wanted her to have integrity and personal courage, but I also wanted my own girls to think she was a badass.

What is one thing that you think that is misrepresented in the media about Arab culture?

I think westerners are under the misconception that Arab is synonymous with Muslim or Islam/Islamic. For some reason people confuse race, culture, and religion when talking about the middle east in general. There are many races and cultures in the middle east, and although Islam is the dominant religion, there are others including Christianity. That misconception is relatively harmless, though. The real misconception is the one portrayed every single day by the media. There is a very strong message being delivered to the world that Islam is strictly a religion of peace and to question that is wrong. Somehow, it is considered intolerant and unfair to point out the crimes committed against women, gays, and children under Islamic Law, but the same is not true for Christianity. A Christian who doesn’t want to bake a cake is a threat that must be dealt with, but a radical Muslim who kills a nightclub full of Americans because of their sexual orientation is only a problem because he was able to buy a gun.

What is one thing that you hope readers take away from Path of Jen?

I want the reader to know that having a personal relationship with God is not something to be ashamed of. I want them to know that the spirit of America is still alive and strong, and under new leadership we can truly be great again. In one sentence: it’s not what life throws at you that’s important, it’s how you handle it. Believe it or not, those three sentences are connected.

Kidnapped, sold, now running for her life. Jen is an American girl who struggles with her Iranian heritage. At sixteen she is kidnapped and sold into slavery. Follow her journey as she fights for her freedom, stands up for truth, and finds her faith. Filled with action, intrigue, and suspense, Path of Jen will get you fired up and tug at your heart all at once.