← Love Is Not An Illusion
A John McClane Fairy → 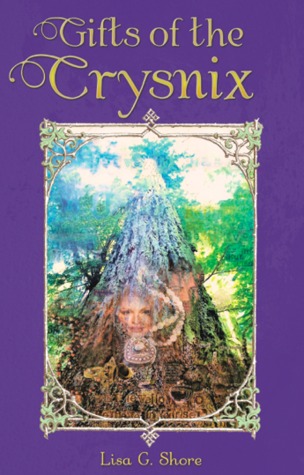 Welcome to the beautiful world of the Crysnix. The author introduces us to these small fairies that have the power to grant wishes to the people of the world, as well as provide comfort and positive thoughts in our times of need. The story takes place in Galvin Cove, a small fictional town in a New England kind of setting of the United States. The nearby forest holds the small village of Crysnix, where the fairies learn to deal with their own issues so that they may mature and help the nearby town of humans with their problems. Elixir, a fairy with a troubled past, finds himself struggling to be the knight that his father could not. Learning from his past and from those around him, he prepares for a showdown with the Dark Prince Onyx. If Elixir fails, it might be the end for his village of Crysnix. Princess Amethyst struggles to mature from a life of pampered wealth, Aderra suppresses feelings of jealousy over Elixir’s misplaced attention, and the humans of Galvin Cove deal with several of their own issues in the story, including drug use, stealing, violence, love, and compassion. Will the Crysnix be able to guide the humans to the right choices while dealing with the unseen forces of evil around them?

This novel is filled with so much goodness, it’s difficult to feel a negative thought. Lisa Shore gives plenty of sage-like advice in these pages that I couldn’t help but feel like I was better off after reading it. There is so much variety between the characters and situations in the story that almost anyone would find something to which they can relate. However, one downfall of this variety is that not every story line gets the attention that one might want it to receive. Some of the lessons come off as oversimplified because the plot moves along quickly. Still, the story does what it seems to set out to do at its core. It gives the reader an inside look at the Laws of Light, which are rules that fairies (also called Crysnix) know very well, but humans struggle with when it comes to their implementation. Through this device, the author is able to deliver great advice from all of the wise, caring fairies, and sometimes even from the humans. There are meaningful quotations at the beginning of each chapter to set the tone for these lessons, as well. While some of the quotes will not hold the same weight for every reader, their positive effect on the novel as a whole is undeniable.

Overall, this book was a fantastic read. The plot holds enough meaning to make the lessons learned both insightful and valuable to any reader that pays attention enough to take it to heart. I would love to enter this world again and see how the characters continue to progress!

← Love Is Not An Illusion
A John McClane Fairy →