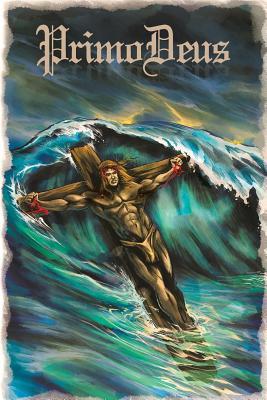 PrimoDeus, written by John Lachance, is a novel based on the life of Beaulyn deFaux. Beaulyn is a defrocked priest, caught in a nightmare of illusion and reality whilst having flashbacks of his childhood. Abandoned as a toddler, Beaulyn was thrust into the arms of his babysitter, Claire. Shortly after, arrangements are made to foster the boy and he is soon visited by a group of triumvirs to assess his well being. During the meeting, the terrible secrets haunting each woman are unraveled and secrets of the past are exposed. Flash forward to the current time and Beaulyn is fighting his own demons as he tries to forget the pivotal moment in his life that leads to this future- a beast in revelation.

PrimoDeus is a novel styled around religious ideologies and focuses on a journey of demons and biblical style events that surround the life of Beaulyn DeFaux. Beaulyn is a former priest who is lost within a land that tortures him into a delirious state of confusion. Throughout the story, the characters intertwine in both past and present to allow the reader to gauge the truth around the mysterious Beaulyn.

The chapters are written in a similar format to a play with parts of the story labeled as an “Act” and even an “Interlude”. Throughout the various Acts, the story occasionally changes the font in order to depict inner thoughts. For example, one style shows Beauby (Beaulyn) as a baby where he slips into “daymares” as the characters of his life morph into witches and fairy tales. This can sometimes act as a moment of relief for the reader as some of the themes are sensitive and may be a trigger for some individuals.

One part of the story takes place in the past where Beauby is being assessed by women from a church (sometimes referred to as triumvirs). Memories of imaginable horror resurface during the triumvir’s visit to Beauby, providing an insight of the tragic circumstances each woman endured throughout their lives. Bizarre interactions begin to occur between the women and child as they strive to understand the probing stare of his intense blue eyes. Little do they know that a torturous moment in his childhood is forming the path of his unfortunate demise.

In the present time, Beaulyn is constantly battling his inner demons in a fight to decide what is real or a delusion. Haunted by his own personal demon, Azra (sometimes appearing as a vulture throughout his life) the story flickers through characters of the future and past, leaving the reader to slowly piece together what is real and what is an illusion.

At parts, the story delves into unimaginable trauma and John Lachance’s style of writing leaves the reader feeling emotional and empathetic to characters that you would not expect. Brigitte is one character that is involved with Beaulyn during his years as an apostate and her innocent demeanor and loyalty to him is one attribute that I admired. They are lost in the Caldera, walking for days with no food or water, yet the intricate details of her love seem more like an infatuation with the powers Beaulyn seemingly possesses.

Demons, swarms of bugs and exorcisms are all part of the biblical style novel that leaves the reader questioning, what is real and what is simply a delusion? I would give this book 4/5 and would recommend this to anyone who enjoys the mystic of demons and religious beings.