The Biggest Little Crime in the World 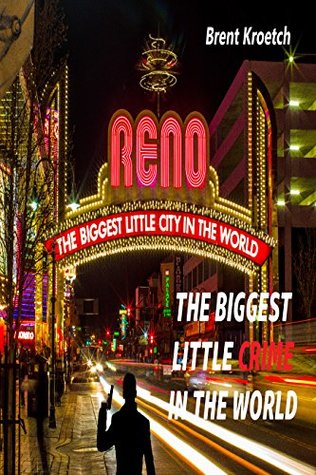 The Biggest Little Crime in the World is the third book in the popular Ham McAllister Series and follows the lives of two LA Homicide detectives turned private eyes.

Once Ham walks his partner down the aisle to her famous love of her life, shots ring out and Russ Porter is shot. It’s rumoured that Porter has been shot and killed by an assassin with another unknown casualty at the scene. The duo go on the hunt to uncover the monster that did this and end up with a lot more than they bargained for. The duo uncover a crime that is quickly dubbed ‘the biggest little crime in the world’.

I enjoyed this book. It was fast paced, immediately threw you into the action and kept the suspense building from the first shot to the last chapter. This book kept me on the edge of my seat right until the very end.

I really enjoyed Drew Thorton as a character. I am a fan of strong female leads and that’s exactly what Thorton is within this book. She is multifaceted but also vulnerable and her character gets more dynamic as the duo go on a quest for revenge. When the revenge finally happens, I got chills.

However, the banter is a bit much to deal with at times between the duo. While reading this book, it felt like there was too much dialogue between characters that could’ve been explained in a sentence or two of descriptive writing.

The descriptive language in this book is something I truly enjoyed. The author has a varied vocabulary and this comes across in a few choice sentences, such as ‘lights and siren its fateful companion’ when describing an ambulance speeding away. I’ve never heard it be explained like that before and it was refreshing to read fresh prose.

The relationship between Ham and his son Dylan is very sweet as well. Although it’s not at the forefront of the book, it’s a nice reminder every now and again and the dialogue between the pair is nice to read. It was a welcome break from the fast paced nature of the book.

As I am not very informed about the lives of private detectives, this was a very interesting read. I keep forgetting that the world isn’t as black and white as I think it is so when Ham bribes a hotel manager in order to get access to some video tapes, I was shocked and yet reminded that this is what happens in the real world. Therefore, it is clear that Kroetch does a good job of immersing the reader while informing them of a world they might not know about.