Dabble in the Dark Side 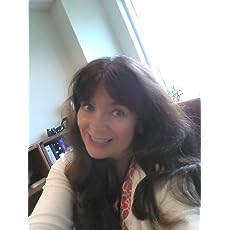 Dark Karma follows Luke and Nina on a quest for vengeance, punctuated by secrets, and colored with dark magic. What were some driving ideals behind the development of this novel?

I wanted to write something different and unpredictable. My first book, Little Bits of Karma, focused on reincarnation; the second one, Tough Karma, focused on that same concept plus unusual psychic talents and a deranged villain. I wanted to use all of those concepts in Dark Karma, but take it to another level. The concept of traveling to other dimensions of reality intrigues me, and I thought it would be a wonderful element to include in this story. The main characters, Nina and Luke, are supporting characters in Tough Karma so it was easy to write for them. I’m just a channel for my characters, they work through me to tell their tales. I have to give them all of the kudos for the wonderful unpredictability of this story! They gave me the plot twists and turns as I commuted back and forth from work.

Luke and Nina have a fascinating and deep relationship. What was the inspiration for their characters and their relationship?

The inspiration for their characters came from my previous books. New characters come to me when I need to add one to move a story along. In Little Bits of Karma, I needed a bad guy (supposed) older brother to help an antagonist get his point across and Luke made his first appearance. He was a very minor character with only one or two sentences. When the antagonist from Little Bits of Karma became the redeemed romantic hero, Bryce, in Tough Karma, he needed his brother’s help to save his sweetheart, Amber. Luke’s character began to grow and he let me know that he was a CIA operative who worked with people who had unusual psychic abilities. Luke called up Nina and she entered the story. She was a free-spirited and spunky psychic gifted with telekinesis who knew how to manipulate energy and situations on the astral plane. She helped everyone by using her talents. I thought it would be fun to have a sexy friendship between Nina and Luke with both of them being independent and not needing anyone romantically; until he gets jealous of another man interested in her and makes his true feelings known. The seed for a deep and loving relationship was always there, but they both had their defenses up.

I enjoyed the well crafted use of magic throughout this novel. How did you balance magic to keep things grounded while also keeping readers wondering?

Thank you, but I honestly don’t know. I just wrote what came through. Most of this novel surprised me too! Dark Karma went in a direction I never dreamed of when I started writing it. You mentioned in your review that you gave up trying to predict what would happen and I laughed because that was my intent. As far as magic goes, I’ve been fascinated with it my whole life. I have books of spells which I’ve never tried and I would never dabble in the dark side. I love living vicariously through my characters and traveling the astral, moving objects with my mind, manipulating energy, and everything else.

I’ve started writing the follow-on book to Dark Karma but the plot hasn’t solidified. I strive to write all of my books as stand alones, however, it is proving difficult with this next story. I don’t have a title for it yet, I usually come up with those much later. For now I’m calling it Karma Book 4. I’m going to let the characters guide me and hope they can provide something just as unpredictable as Dark Karma. If not, then I hope whatever comes through is an entertaining read. My goal is to have it published by the end of next year or early in 2020. 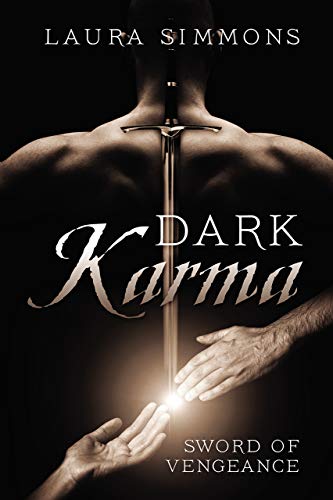 A remarkable tale of vengeance, time travel, and dark magic. What would you do if you woke up one morning and your world was inexplicably changed in the worst way imaginable? Banished by his enemy into a hellish alternate dimension, Luke Decker fights to understand why his world has suddenly changed, and why is he on trial for the murder of his beloved Nina? What he doesn’t know is she’s not dead. Nina watches him vanish into thin air and is completely bereft, struggling to find out how and why he disappeared. Using all of her psychic talents and traversing the astral realm, she frantically searches for him to no avail. She owns a secret item which holds the key to his salvation, but will she figure it out before he’s condemned to live the rest of his life in a realm of darkness?