← Distinct Perceptions
A Giver of Wisdom →

A Lot to Explore

American River: Currents continues the intriguing intertwined stories of three families. Did you want this book to be an extension of book one in the series, or did you want to explore new ideas in this book?

While Currents is a continuation of the story of three California families, I did want to explore some new directions in the book. First, I wanted to let Marian’s story expand, and to have her mature and grow as she faces the problems of trying to break into the New York art scene. So, the early days of the feminist movement emerge in this book. Also, the book spans the time period from 1963 to 1970, a period of enormous change and tumult that included the escalation of the Vietnam War, campus riots, political volatility and the rest of “the sixties” events from the growth of the civil rights movement to the murders of Dr. King and Bobby Kennedy and the Kent State massacre. There was a lot to explore in that period.

I enjoyed the deeply emotional relationships the characters had. Is there anything from your own life that you put into your story?

In many ways, the entire trilogy is shaped by my experiences during that time period. I was in graduate school during 1965-69 and getting involved in the women’s liberation movement and joining the Women’s Caucus for Art and writing about women’s art and why it was so important. I also wanted to write about Mexico where I had spent time and came to love and appreciate very much. So, I took Nick and Marian to Valle de Bravo so I could write about the adventures I had there. I also wanted to write about Stefan Molnar whose character was based on a friend of mine and to explore Kate’s problems of trying to find a balance between a romantic and a platonic relationship. And, I was also interested in exploring California politics and the problems between the land owners and the (usually) Mexican workers on whom they relied yet didn’t want to fully recognize.

You continue to impress me with the exceptional depth of your characters. Who was your favorite character to write for?

I have to confess that I love all of my characters. They’re like my children in that I created them, and I want to care for them and help them grow and flourish, but I can’t always save them from either the obstacles that they face or from themselves. I love Carl even though he can be a real jerk, but he was a fascinating character to write and I enjoyed doing the research into his musical training ad his career. I took classes in conducting and music theory. I interviewed orchestra conductors and tried to understand both Carl’s ambitions and his insecurities. I also had a wonderful time exploring Tommy’s attempt to understand his Japanese heritage by immersing himself in Japanese culture and marrying a Japanese woman. Even though this ultimately led to tragedy, it was an extremely fulfilling experience. I also loved to write about Alex and her profoundly narcissistic view of the world. And Owen’s growth from old style conservative to a more enlightened view was fun to explore.

Where will book three in the American River trilogy take readers and when will it be available?

Book three allows all of the characters to finally come to grips with who they are and what’s most important to them. They all have to grow up and face the consequences of the decisions they’ve made and the relationships they’ve forged. I hope that my readers will themselves learn something about how we can be blinded by our own world view and how we have to take off our blinders and try to learn from our mistakes and seek a wider understanding of ourselves and what we truly can accomplish.

Book three, American River: Confluence, is available on Amazon, from Archway Publishing, on Mallory’s website: mallorymoconnor.com. and in some regional bookstores. 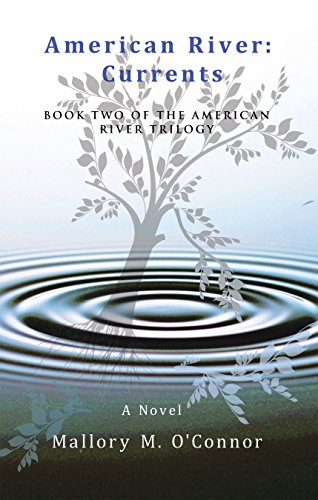 In the second book of the American River trilogy, a cavalcade of disastersboth personal and publicthreatens to overwhelm the scattered members of the McPhalan, Ashida, and Morales clans during the tumultuous 1960s.

Katestill mourning the death of her brother, Julianfinds herself torn between her love for Carl, now a celebrated conductor who is looking for career opportunities on the East Coast, and her devotion to the West and especially the family ranch at Mockingbird. Also, while attending a music festival in Venice, Italy, she meets Stefan Molnar, a renowned concert pianist, who has become her sister Alexs mentor (and lover). As Kate and Stefans unintentional relationship grows, complications multiply.

Meanwhile, Tommy Ashida, now studying in Japan, falls in love with Emiko Namura, the beautiful, sheltered daughter of a Tokyo businessman. He hopes she holds the key to understanding his Japanese heritage, but will that knowledge lead to happiness or something darker?

Determined to make her mark in the male-dominated art world, Kates mother, Marian, decides to move to New York while Kates father, Owen, becomes involved in local politics. When he is elected to the California Assembly, he finds himself in direct opposition to Jorge Morales, Carls father.

Alliances fray, relationships dissolve, divisive secrets are revealed, and promises are broken as the members of three California families struggle to salvage their shattered dreams.

Set against the natural beauty of Northern California, OConnor weaves a complex tapestry of interrelationships and betrayals that captures the mood and resonance of a decade that began in innocence and ended in despair.

← Distinct Perceptions
A Giver of Wisdom →