Doves & Crows is a genre-crossing novel with elements of a mystery, supernatural, and drama as well. Did you start writing with this in mind, or did this happen organically as you were writing?

My biggest influence has always been Stephen King, whose books I have been reading since I could lift them up. As such, the novel was always destined to have a supernatural theme, perhaps with elements of horror (though nothing gratuitous; that’s not for me). The drama and mystery elements wrote themselves into the story; I had no idea how Alice actually died when I set out. What was peculiar was that the main antagonist, Big Jim, was so named way back in 2008, when I began the novel, only for the same name to be used by Mr King himself, some time later, when he wrote Under the Dome. I didn’t steal it. Honest.

Continuing the Stephen King theme, it was his short story The Road Virus Heads North that proved to be the catalyst for my tale – that and The Mezzotint, by M.R. James. After reading those, all I wanted was to write a story about a picture that changed by itself. So I did. I also needed the picture to reveal the plot, which proved to be a good deal more difficult than I first thought. My second novel will be (a bit) more straightforward, I hope.

How did you create Susan and Richie characters in a way that contrasted yet still supported the characters development?

Susan and Richie were two more elements that simply ‘worked themselves out’. Whatever their good points, it had little to do with me. If I did anything, it was to try to maintain the mother-son relationship and not get too distracted by everything else.

I have provisionally titled my second novel ‘Passenger‘. This one has more of a sci-fi theme and begins when an alien craft carrying a biological weapon for sale to the highest bidder comes down in the woods on the outskirts of a small Norfolk town. I hope to finish the book by the end of the year, with a release in late spring/early summer 2020. 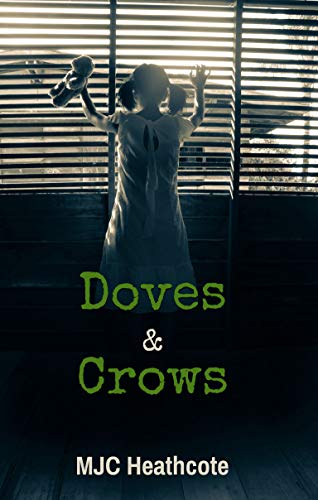 Richard Carter’s grandparents enjoy a holiday in the country every year, but this time they return with more than just memories. Take that necklace, for example, the one his grandmother found in the high grass and now wants to bury. The old woman dies soon afterwards, but not before she has given it to him. Bad things begin to happen. One school bully ends up in the hospital, Richard’s estranged father, in the ground, and as the necklace works its dark magic, Richie’s mother, Susan, decides they must run, to the very house her parents loved so much.But what became of the family who lived there, and who is that girl in the upstairs window? Now, after the big man in the hat comes to call and the body count starts to rise, Susan Carter will wonder if she and Richie have made the worst, and last, decision of their lives.