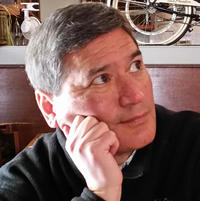 Cooperative Lives is a genre-crossing novel with elements of a mystery, suspense, and romance as well. Did you start writing with this in mind, or did this happen organically as you were writing?

Organically. I began with humble aspirations: to publish a thin collection of stories about various fictionalized neighbors. Their only shared aspect was their abode, a storied New York co-operative. These were simple tales with simple twists: a compulsive planner who locks himself out of his well-equipped apartment during a blackout; a man who exasperates his wife by, with daughter in tow, routinely ignoring Walk/Don’t Walk signals, only to watch his wife mowed down while observing the rules; an aging fund manager who commits an egregious act of negligence but is saved from ruin by the words on a long-forgotten pack of cigarettes. Other stories involved skiing accidents, medical malpractice, writer’s block – a mishmash of themes and occurrences.

The book became more character-driven – how New Yorkers deal with the universal challenges of raising a family, making ends meet, preserving relationships, surviving medical ordeals, and growing old. The protagonists were sufficiently varied in age, background and income to address the questions from multiple perspectives.

Also, their eventual interaction enabled story arcs. What if the aging fund manager didn’t, in fact, correct his error in time, and somehow involves the man whose wife he saved? What if there’s a reason the man in the first story lost his family, and that it ties all the protagonists together?

The finished novel did indeed cross many genres, but so, alas, does life.

9/11 and the financial crisis were such specks in time, separated by a scant six years, but they had an intense, lasting impact on the New York and New Yorkers I knew. My goal was to craft a series of short stories that captured New York in transition – from a wild, frenetic, forward-looking community where lawyers, bankers, artists, corporate managers, and theatrical executives (i.e., my neighbors) toiled their way up the ladder, traveled without fear, raised families without fear, and retired in relative comfort and privacy, to one spooked by uncertainty, laid bare by overzealous media, and devoured by the very financial system they created. A tall order – best approached one short parable at a time.

It took me seven years to pull the novel together, to narrow my admittedly subconscious, sweeping vision down to a simple whodunnit. But I was committed to publishing before my 60th birthday, the only writer’s promise I kept. Had I allowed myself another seven years, who knows where the novel would have taken me?

Your characters were all varied, unique, and well developed. What were some driving ideals behind the characters development?

I’m not sure I had ideals, at least not consciously. The characters were montages of people I knew – some alive, some dead. Their thoughts were frequently mine, but they were basic, the logical extension of where and how each scene was set. If there was a goal, it was to make the characters genuine, so persuasive I could sneak in plot liberties and still seem plausible – a magician’s sleight of hand. Heaven knows if I succeeded.

Part of making characters genuine is making them nuanced. In the “real world,” the only world I know, there are precious few saints and even fewer demons. An argument, by definition, has two sides, and everyone, including a seven-year-old child, is complicated.

I am a huge fan of American comedies from the thirties and forties, including those of Frank Capra. He quoted Konstantin Stanislavski so liberally I thought, until now, that he wrote this, “There are no small parts, only small actors.” Truth. Watch any Capra film. Every role makes an impression, even the uncredited, unspoken ones … because they are so real. It was surely not an ideal but a commitment; each of my characters had to be genuine.

Cooperative Lives took me seven years to write, edit and publish. I would love to publish my next volume within five. The locus will be contemporary New York and many of characters will be over forty. There will also be water, lots of water. 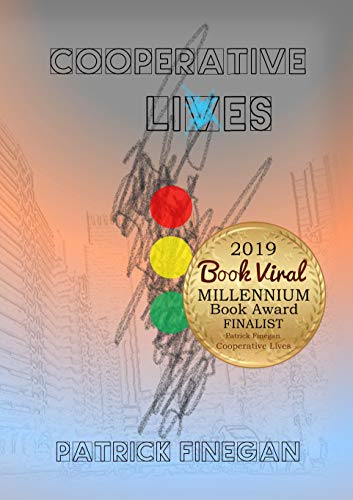 A landmarked midtown Manhattan address. Carnegie Hall and Central Park at your feet. Three hundred units. Thirty-two full-time employees. Five hundred neighbors. You’ve hit the big time. Joined the elite. But what do you know about them, the neighbors? Have you ever met them? Really engaged with them? Or do you gaze down in the elevator, the same way you do on the subway and the street?

Oh sure, you’ve heard a famous writer lives on the fourteenth floor, a retired US senator on the eighteenth. You’ve witnessed so many Broadway impresarios glide through the lobby you’ve lost count. But what about your real neighbors – the couple in 7H, for instance, or the family in 8B? Did you know they once harbored the most wanted fugitive in America?

No? It was in the papers for weeks; nearly tore the co-op apart. Even that famous writer on fourteen got involved. And all because an M7 bus side-swiped a resident-shareholder while turning down Seventh Avenue.