A Partner For Revenge

Revenge I Will Have follows Navy SEAL Jake as he’s tasked with a new mission, but finds his psychotic ex-girlfriend embroiled in the mission’s objective. What was your inspiration for the setup to this thrilling novel?

At the conclusion of my first book, “Sleeping with a Wall Street Banker,” I found myself thinking about both Jake and Jessica. Where would Jake go? How would he react? What would Jessica do as a criminal on the run but also burning with hatred for those she feel betrayed her. Jake reacted by retreating to where he felt safe, a refuge. Jessica, consumed by hate, by seeking out a partner for revenge. Both characters were catalysts for the plot, similar to putting two combustible agents together, you eventually get a reaction. In this case Jessica caused the reaction that set the plot in motion because of her blind hatred

Jake is an interesting and well developed character. What were some ideas that guided his character development?

No one wants to read about a wimp or a sad self-absorbed character who is moping around, crying in their beer. Jake had misfortune fall upon him and he pulled himself up, like people do every day because they don’t have a choice. People are intrigued by characters with strong personalities, their strengths, flaws and idiosyncrasies. The reader can relate to them because they have flaws and quirks as well. I’m surrounded by strong personalities, most notably my husband who also has more than his share of lovable and funny idiosyncrasies

Jessica and her emotional issues were consistently intriguing. What were some themes you wanted to capture in her character and relationship with Jake?

Jessica allowed her emotional issues to overwhelm her to the point she was no longer in control. She thought she was pulling the strings but in the end, she was the one who was being used. Her hate blinded her to see through the obvious

I’m actually formulating a sequel to Revenge. Without giving away the plot, the Bat’s terrorist network, funded by a foreign government, is planning retribution against Jake by staging what could be a cataclysmic attack on the US while also targeting members of Jake’s family for death, specifically his invalid mother and his brother who is a Roman Catholic priest. There are geopolitical twists and turns and new plot angles that will have the reader on edge. The Bat’s friends find they bought off more than they could chew by going after Jake’s family. 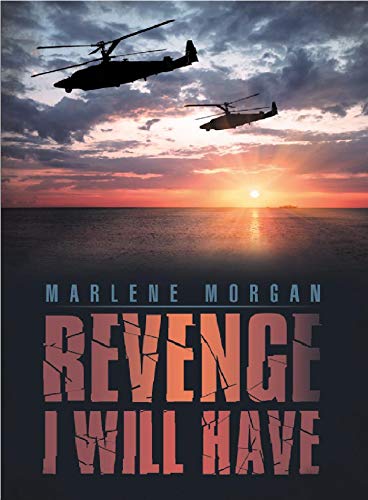 Mired in grief over the recent murder of his girlfriend, Alice, at the hands of his psychotic ex-lover, Jessica, former Navy SEAL turned Wall Street banker Jake Logan is suddenly called back into action. While his team’s primary target is internationally known terrorist financier Asyd Omar Batdadi, a.k.a. “the Bat,” the mission soon becomes personal for Jake when he learns that Jessica—a dangerous woman with dissociative identity disorder—is wrapped up in the plot. In fact, Jake’s connection to Jessica is the very reason he has been reactivated as a SEAL.

Their efforts to capture or kill Batdadi and his associates soon take Jake and his fellow SEALs to various locations in Europe and the United States, but the wily terrorist manages to elude them at every turn. In the midst of their hunt, they learn that, with Jessica’s help, Batdadi is plotting a bold terrorist strike on American soil. For Batdadi, it is an act of revenge for America’s interference in the lives of his Middle Eastern brethren, a chance to put himself in the “terrorist hall of fame” alongside names like Osama Bin Laden. For Jessica, it is the ultimate form of payback against the journalists whom she holds responsible for ruining her life and her future with Jake.

Battling a ticking clock, international criminal masterminds, and his own grief, Jake strives to transform his troubled relationship with Jessica from a liability into an asset, his only hope of saving thousands of innocent lives—not to mention his soul.