← The Devil & Streak Wilson
KILLING YOUR BEST FRIEND: The Mystery of Psyche and Hidden Romance → 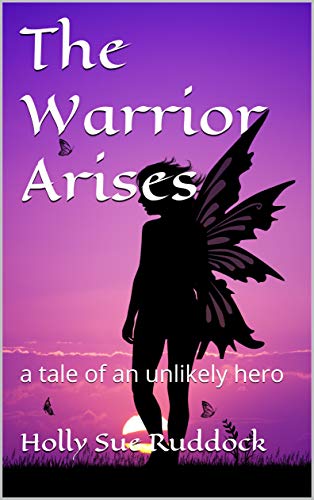 The Warrior Arises by Holly S Ruddock is a captivating read. In an enchanted land, surrounded by magic and mystic, a young fairy adopts a special baby fairy. Ginny raises Ruby with all the love she can muster and in turn, despite standing out from her peers, Ruby grows into a young fairy that makes her mother proud. Neither of them could foretell the destiny that awaited Ruby. After all, Ruby had the usual challenges that came with being different to grapple with. Still, when their world is tossed into turmoil, Ruby is marked to play a key role. In fact, her friends, family and their authorities all have their roles to play. The bonds of friendship and family bolster their efforts and give them hope for the future.

The strength of familial bonds is a strong theme that carries through from the very first page to the last. It is demonstrated not only among the main characters Ruby and Ginny but among their friends and their families and their entire community. They deal with threats as a group. Everyone has a role to play, not only in addressing danger but also in keeping their society on track. There is also an emphasis on the characters coming of age. Their actions and thought processes demonstrate growth as the story progresses. This is not only shown in the development of romantic interest but also in the professional pursuits of characters and the choices they are forced to make. These types of thematic layers really humanize the characters in a way that readers can relate to.

Fundamentally, the characters are unique and the world-building deep and intriguing. The action seemed to take place in stops and starts, with some moments of tension building and then seeming to fizzle rather than climax. The reader is also told about a lot of the action rather than shown. However, it could also be said that even in the action and demonstration of evil by destructive forces, the reader is not subject to a complete sense of dread or destruction. Despite this, the world created in The Warrior Arises is an intricately woven backdrop to a story rich in magical realism. The beauty and charm of the creatures and their connectedness to nature evokes a dreamy feel. This is an imaginative start to The Light Of Beathra series that puts Holly S. Ruddock’s creativity on full display.

← The Devil & Streak Wilson
KILLING YOUR BEST FRIEND: The Mystery of Psyche and Hidden Romance →