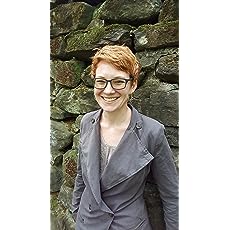 Smoke and Rain follows Alea who’s struggling to keep her sanity after her home is destroyed and she’s caught in the middle of a war. What was the inspiration for the setup to this thrilling story?

My initial inspiration sprung from an image from an old National Geographic: ruins in a desert. I was drawn to the idea of waking up to find everything you ever knew was gone or changed. As the story and characters developed over the next years, I realized I wanted to explore the effects of trauma and hard choices on these imperfect characters, as well as what makes–and ultimately breaks–a hero.

There were so many memorable characters in this book for vastly different reasons. Who was your favorite character to write for?

This is so tough! I always have a pet character for sure, often a side character. My favorites to write were Bren and An’thor, and later in the series Mel and Azimir–everyone needs an Azimir in their life! I think I’m drawn to the side characters because their development is much more organic. Planing out the main arcs is rewarding when things fall into place, but it takes a bit of the magic of discovery out of writing the main characters. Those supporting roles have a lot more surprises up their sleeves for me!

I always enjoy deep world building in my fantasy novels and I enjoyed being immersed in yours. What were some themes that guided your world building?

I’m an archaeologist by trade, which means I study people, their tools, and the places they impacted. Basically, I study ancient trash. I’m fascinated by societies on the fringe, whether marginalized, or forgotten, or destroyed. I wanted to untangle what happens when old, faded kingdoms collide with religion–both new and old. Throughout the series we see nations dragged from faded glory to an unfamiliar, more modern world. Politics change, faith changes, and so do the heroes who originally saved the world. As someone who has studied and existed on the fringes for most of my adult life, I was determined to show all the varied social layers of a world and how war, faith, and community impact the characters from each of those layers.

This is book one in your Blood of Titans series. What can readers expect in book two?

Lightning and Flames picks up shortly after Smoke and Rain, and it delves into the complicated and imperfect relationship between Alea and Arman, particularly under the pressures of approaching war and all the choices before for them, both as budding heroes, and as people. I also got deeper into what it looks like when a kingdom fails, and we watch Bren determine whether he wants freedom, or the responsibility his father left to him.

The other installments in the Blood of Titans world–Madness and Gods and Blood and Mercy–take place in the aftermath of those choices and dissect how the characters navigate their changing places in the world and–if there is a place for them at all. One thing that all my work touches on is the psychology behind war and peace, from the classic epic fantasy scale to the smaller interpersonal and internal.

Universal Preorder: books2read.com/bloodandmercy (only .99, price goes up to 5.99 after release weekend!)

What happens when heroes are as broken as the world they must reforge?

A mad king’s genocide destroyed Alea’s home and left her sanity in tatters. Wracked with grief, she now faces a lonely life in a strange city. The war has other plans. Caught in the crossfire between the gods and their creators, Alea’s new friend Arman abandons his idyllic jeweler’s life–and his humanity–to protect them both from the coming terror.

Across enemy lines, bastard lieutenant Brentemir Barrackborn is horrified by the blood on his hands. If he has any hope of redemption–or surviving the war–he must choose between his newfound family and the gods he worships.

As Arman and Brentemir’s sacrifices grow, Alea realizes that only the darkness inside her can end the bloodshed.