← Trauma and Hard Choices
Journey of an Infidel: Based on Real-Life Events of Ibrahim Ali → 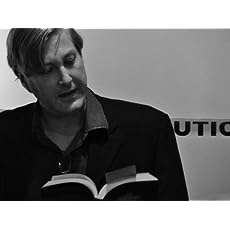 One of Us follows a group of teenagers known to locals as monsters because they bear the markings of extreme genetic mutation. What was the inspiration for the setup to this thought-provoking story?

Thank you for reading it and for your kind review! I’d wanted to write a monster novel and try a different take on it.

Previously, I’d written a vampire novel, Suffer the Children, about a parasite that kills the world’s children and allows them to return to life for a brief period of time if they drink human blood. The children are vampires, but the monsters in the book are the parents who have to decide how far they will go to keep their children alive. It made for a horrifying twist on the vampire story that challenges the reader to evaluate how far they themselves would go for love.

For One of Us, I wanted to do a misunderstood monster take similar to Frankenstein, give the children developing agency similar to The X-Men, and make them hideous and terrifying such that they are subjected to horrible prejudice, which they fight in an uprising that is as cathartic as the classic 1972 film Conquest of the Planet of the Apes. When they finally rebel, the reader must confront whether this was necessary or if change could have occurred some other way. The whole story is produced as a Southern Gothic, really the most original twist here, which seemed perfect for the novel, as Southern Gothic has a dark and rich tradition of covering strong topics like the grotesque, societal decay, taboo, and prejudice. And while it is very dark and somewhat violent, reflecting the society these people live in, the story ends on an important note of hope.

I liked how you were able to imbue both the normal people and the plagued with good and bad characteristics. What were some themes that were important for you to capture in your characters?

Initially, I wanted to show very simply that books should not be judged solely by their covers, so as the story develops, we see very human monsters and in some cases very monstrous humans, all of them the product of the society they share that is broken by the plague and the genetic mutations it produced among a generation now coming of age and wanting their birth rights. As this is a Southern Gothic, there is an ensemble cast of characters, and also true to that literary form, we see the full pageantry of human behavior on display, the good, the bad, and the ugly. By the end, when the children begin to fight back and win, the reader will probably experience a sense of catharsis after seeing and experiencing what the monsters endured, but then question their feelings. I fell in love with these characters, even the bad ones, and I hope my readers will too.

Your characters are all well developed and intriguing. Who was your favorite character to write?

Readers seem to like Dog, one of the monsters, as he’s earnest and believes if he follows the rules and works hard, he’ll get a fair shake. Sadly for him, the world ain’t fair. Goof, another one of the monsters, was a lot of fun to write because has an amazing power but all he wants to do is have a fun, normal childhood, and he offers comic relief. Among the monsters, though, my favorite is probably Brain. He’s a super genius trapped in a hideous body and must hide his intelligence from the authorities. He doesn’t see him and his brethren as monsters but as the rebirth of the gods of ancient myth. He doesn’t want a revolution but plans one anyway, seeing it as necessary. When the violence starts, there’s no turning back even though he finds it horrifying and hates it, making him a tragic figure.

On the human side, there are a number of characters we can both root for and hate, from the idealistic Jake to the hapless loser Dave Gaines, but my favorite is probably Sheriff Burton. He feels for the monsters but is similarly trapped by his role and belief system, which is to enforce what he sees as the natural order. This also makes him a tragic figure trapped between who he is and what he must face in the story, including guilt over a secret connection he has with the monsters.

In the end, it is these characters who take well-worn themes in a fresh package and make the whole thing emotionally a gut punch that I hope will affect readers, make them think and feel and challenge their perceptions, and continue engaging with the story even after they close the covers.

Will there be a follow up novel that continues this story?

Unfortunately, no follow-up is planned at this point, as it was a standalone story. Based on reader interest, though, there’s always a possibility. 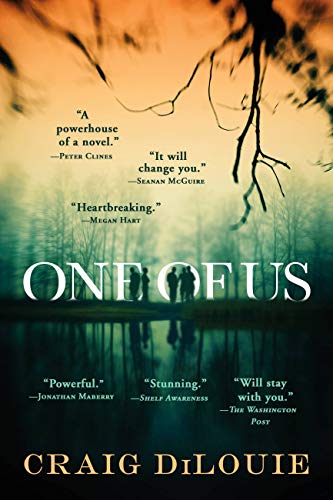 They’ve called him a monster from the day he was born.

Abandoned by his family, Enoch Bryant now lives in a rundown orphanage with other teenagers just like him. He loves his friends, even if the teachers are terrified of them. They’re members of the rising plague generation. Each bearing their own extreme genetic mutation.

The people in the nearby town hate Enoch, but he doesn’t know why. He’s never harmed anyone. Works hard and doesn’t make trouble. He believes one day he’ll be a respected man.

But hatred dies hard. The tension between Enoch’s world and those of the “normal” townspeople is ready to burst. And when a body is found, it may be the spark that ignites a horrifying revolution.

← Trauma and Hard Choices
Journey of an Infidel: Based on Real-Life Events of Ibrahim Ali →