← When Life Was like a Cucumber
The Dreams of Demons → 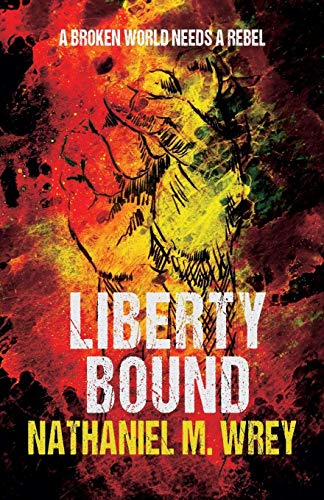 Liberty Bound by Nathaniel M. Wrey is a novel set thousands of years in the future from our present day, where a small city, Athenia, remains as the last known beacon of civilization. Finbarl is the main character, and he works to protect the city from the threat of Ferrals, a supposed sub-human race of creatures that seek to destroy the city, if they could ever breach the walls. Inside the city, Finbarl and the other soldiers addictively rely on the Jumblar plant to keep them sharp and ready for the threat.

The novel certainly brims with creativity, which stands in contrast with the rigid system that the characters live with in their lonesome city. There are many varied issues with class and social standing, and Liberty Bound seeks to create meaningful commentary regarding them. The author has developed a fascinating arrangement of a post apocalyptic civilization and tries to use these societal systems to bring about a provocative purpose for their existence in terms of the story told.

However, the story excels within Finbarl’s decisions and the consequences of those choices. He eventually finds himself at odds with the society he has worked so hard to become a part of, and he must decide what he is going to do once he is no longer able to remain within the social structure provided by the city. Will Finbarl find a way to re-enter the good standing in his society, or will he strive to make bigger changes to the city and the people within it? The question was clear throughout the story and I enjoyed watching Finbarl’s evolution as the novel progressed. I could empathize with his character and that connection made the novel thrilling.

All the while, the threat of the Ferral remains, putting pressure on every character, making every decision carry much more weight. The story thrives on this tension, and it makes the pages very easy to turn.

← When Life Was like a Cucumber
The Dreams of Demons →