The Dreams of Demons 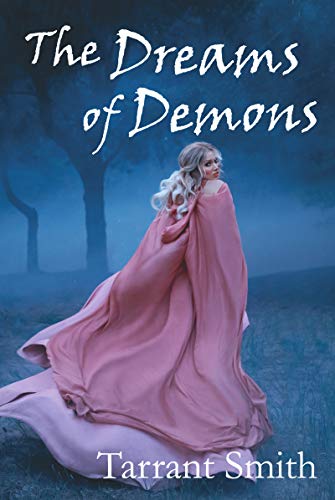 Gabriella didn’t know what she was in for when her roommate, Darren, left on a weekend vacation with his boyfriend and told her to have fun and get herself out there! Never in her wildest dreams did she imagine that her life would be completely changed that weekend by the man of her dreams. Or should I say demon?

The Dreams of Demons is the third book in The Legends of the Pale Series. We follow Murmur, a demon who serves Lugh, a god, for all eternity, as he dreams and searches for a woman who keeps coming to him in his dreams. The thing is, demons don’t dream.

Gabriella, who has always had a gift to read people’s minds and feelings, dreams of Murmur as well. After Murmur materializes and saves her life at her local park they find their attraction to each other is so strong that after surrendering themselves to each other they are now bound forever. But is Gabriella ready to be someone else’s, someone she only just met?

The Dreams of Demons is the most unique book I’ve read this year in that it is set in modern-day, but involves gods and demons who have lived for thousands of years, so there is an ancient feel to it as well. Smith has been able to not only braid these two times into one, but the lives of mortals and gods as well, and she has done it exquisitely.

The love that Murmur and Gabriella have for each other is always brewing in the background, even when Smith takes us into the different story lines. Rhiannon, another goddess who feels something dangerous brewing, the relationship of Lugh and his woman, Keely, and the friendships of Keely, Gabriella, and Zee that emerge. All of them are intricately drawn characters.

This is book three in The Legends of the Pale Series, but if you have not read the first two books I think new readers will still understand what’s going on. Smith gives a bit of back story here and there, but not too much that would make the reader bored if they had already read the series in its entirety.

There are only so many ways you can describe the act of love and lovemaking. But Smith has breathed new life into the classic romance genre, with steamy scenes enhanced by the raw power of a demon and a mortal who may have otherworldly blood in her. While reading you can feel the magnetism between Murmur and Gabriella. Their relationship was an enthralling escapade of emotions that I looked forward to.