← The Weirdness of Quantum Physics
Death of a Bully (Polish Dragon P. I.) → 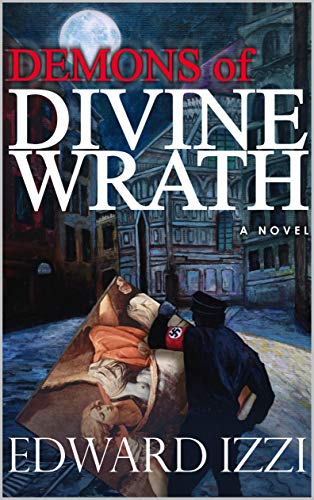 Demons of Divine Wrath by Edward Izzi is a fiction thriller about two murders tied to works of art stolen from the Uffizi Museum in Florence 75 years ago by the Nazis during World War II. Hermman Kalkschmidt dies in his apartment in Munich of an apparent gas leak. But the police detective soon suspects that things are not as they seem. Then six months later, another man is found dead in a hotel suite in Chicago. It is clear from the start that Don Carlo Marchese’s assassination is not a contracted mob hit. When newspaper reporter Paul Crawford begins to dig into the matter, he discovers an unexpected Vatican connection. Can Paul uncover why the mobster was killed, and what happened to the stolen artwork?

This book had a complex story line with many different threads that all tied back to the discovery of the stolen artwork. It was interesting to read the part that took place in 1943 Florence. I liked learning how all the pieces of the story fit together and how the mobster’s assassination in Chicago was connected to the murder of an eighty year old man in Germany. I was surprised by who had ordered the hit on Hermann Kalkschmidt when that person’s identity was revealed. I was intrigued to find out what happened to the hidden artwork after it went missing again. The ending of the book had a surprise twist that I didn’t expect.

The story started out a bit slow with a lot of description of settings and characters. For the first couple of chapters we’re introduced to new characters but no connections are yet made between the characters making it feel a bit disjointed. I felt that there were a lot of unnecessary detail throughout the book; such as airline flight number, seat assignment number, and street addresses.

Otherwise, I thought Demons of Divine Wrath is a riveting crime thriller with an engrossing plot that is propelled by captivating characters. This is yet another suspenseful whodunit novel by Edward Izzi.

← The Weirdness of Quantum Physics
Death of a Bully (Polish Dragon P. I.) →