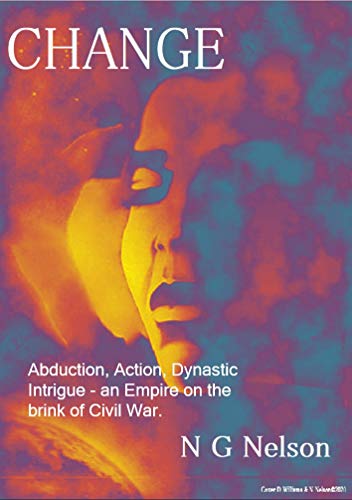 Change by NG Nelson is the first book in a riveting science fiction saga. This fast-paced story takes place over many worlds. The novel follows Major Patricea Markis and her journey to protect the young prince, Kal Jerran. This is a captivating story of warring dynasties, there are themes of myths, legends, loyalty and deception. Allegiances are tested and questioned, and betrayal is frequent. Change is rife with action to keep the reader hooked, including violence, seduction and assassination. The continuous action ensures Change is an energetic read.

Change has numerous characters that narrate each chapter but overall the story follows the path of Major Patriciea Markis who is charged with the difficult task of protecting the young prince Kal Jerran and evading the forces of the New Imperium.  However, there are also many other important characters, such as Paul and Bernadette from Earth, Hellia, a journalist, Vel Toyan, Ral Dannan and Martial Varian. Nelson’s clever use of vocabulary and dialogue help to distinguish between the many characters and their worlds. The characters are further defined by the outfits and descriptions of body language and physical characteristics, ensuring each character is fully developed and easily distinguishable. The rich descriptions of the setting throughout the story appeal to the reader’s sense of sound and sight. The worlds are like characters in their own right. This is an epic space opera with a universe that feels large and intriguing, reminiscent of the Frank Herbert’s Dune series.

Like any good science fiction tale, the story is filled science fiction trappings: teleportation, inter galactic travel, and holograms. Coupled with this and interwoven into the story are the trappings of royal life; servants, military protection and ladies in waiting. These are further juxtaposed with the description and narration of Paul and Bernadette and their everyday life on Earth. These stark contrasts between lives add to the multifaceted story being told.