Spirituality in the 21St Century 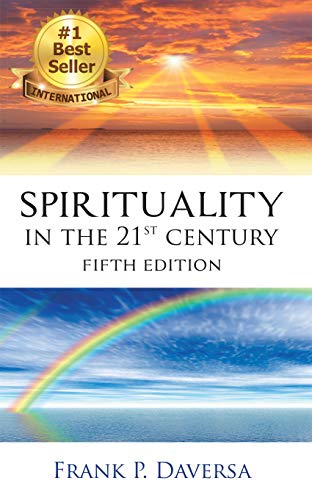 Spirituality in the 21st Century by Frank P. Daversa offers readers Frank’s personal take on spirituality while reflecting on his own beliefs. I knew this book was going to resonate with my own personal experience, at least to some degree, because Daversa describes himself as spiritual but not religious, which is how I would describe myself as well.

Daversa’s take on spirituality is exactly as he explains it, a “primer” towards one’s own spiritual self-discovery. Daversa’s provides a space for conversation about spirituality and one’s own faith. He states that there are three spiritual lessons that as humans we should concern ourselves with and those are global warming, overpopulation and environmental degradation. He states that he considers them as “spiritual” because we have to reach deep into our souls to work towards fixing these issues. His take on spirituality in the 21st century also deals with consumerism and how we should focus on what we need rather than what we want. I was surprised to see this as a part of spirituality but he argues that we should be more conscious of this. He ties this point later to the way in which we tend to attach ourselves. He clarifies that he doesn’t find anything wrong with material possessions but basing our worth on those possessions isn’t beneficial to anyone. I found this to be enlightening especially as there has been more discussion around consumerism, specifically sustainable consumerism.

This is by far one of the most open to discussion books I’ve read about spirituality this year. As it is centered around the 21st century I’m glad that the author Frank P. Daversa included the Black and LGBTQ+ community in his discourse. I definitely recommend Spirituality in the 21st Century to anyone who considers themselves spiritual, whether you’re just beginning the journey or are familiar with it. Spirituality in the 21st Century is thought-provoking and intellectually invigorating.