← How Criminals Think
The Entrepreneurial Guide: The Key Principles of Building and Growing Your Business → 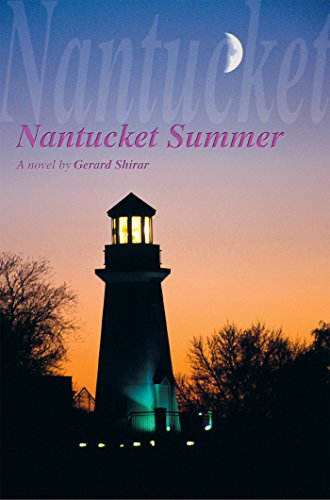 Nantucket Summer follows Greg Williamson, a seventy-one year old man, who has recently lost his wife. He decides to visit his younger sister in Clearwater Florida. While he is packing for the trip, he comes across a box filled with some items from his past and he remembers the summer he spent on Nantucket Island when he was a young man in 1946, before he started attending Purdue University. During that summer, he worked as a night watchman at a hotel where he meets a woman named Sydney MacKluskie. They fall in love, but ultimately part ways and lead different lives, until a chance encounter in a hospital. Was it Sydney that saves Greg’s life in the hospital? Greg must find out.

Author Gerard Shirar provides readers with an impassioned romance story following two intriguing characters that are easy to empathize with. I found the author’s writing style engaging and the story kept my interest all the way to the end. This sentimental novel reads very much like a real-life account, and there were times when I forgot that I was reading a fictional story. I liked the setting of the holiday atmosphere at the beach overlooking the Atlantic Ocean and the descriptions of the quaint shops and cottages in the villages on Nantucket Island. The author has a knack for creating a scene and letting the readers live in it. The same is true for the historical time period the novel is placed in. The story always felt authentic and realistic, keeping the story grounded and focused on the emotional obstacles Greg faces. A small portion of the book takes place during Greg’s time fighting in the Korean War, and this section of the story makes a striking contrast to the carefree days Greg spent while working in Nantucket.

This is a character driven story that successfully pulls you along with emotionally charged plot developments that rely on your connection to the characters. I was not a fan of Sydney’s character when she was first introduced, but learning about the tragedy in her past helped me to understand her actions and attitude.

Nantucket Summer is a historical romance novel filled with wonderfully detailed observations and characters that you will love following.

← How Criminals Think
The Entrepreneurial Guide: The Key Principles of Building and Growing Your Business →