← Facing Off – Book Trailer
Lived and Breathed the Game → 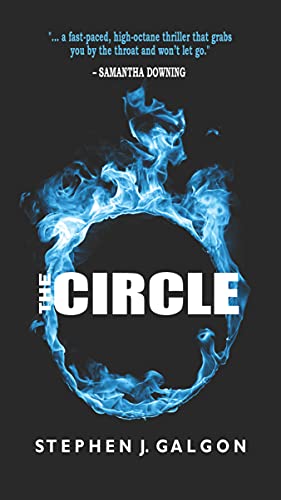 The Circle, by Stephen J Galgon is a gripping crime thriller set in New York. The story is divided into three parts and tells the story of two friends: Doug, a museum tour guide, and best friend Eric Matthews, a high-flying New York attorney. The two friends become involved with a secret organization known as The Circle which was founded by wealthy men decades ago. Members meet secretly, in the back of a bar in New York, which they refer to as a safe house. The story follows the two men’s journey into this secret underworld, where they try to figure out who is the predator and who is the prey.

The Circle is told in three parts, giving a clear structure to the novel, each one ending naturally as one of the character’s actions comes to an end or conclusion. Although the story is told from varying character’s perspectives, it is easy for the reader to follow. The Circle is fast paced, with plenty of twists and turns, however this structure ensures it is easy to follow from beginning to end.

The Circle focuses on the journey of two friends, as the story progresses more intriguing characters are introduced. Doug and Eric are both well developed character that felt grounded and authentic. Having been friends since childhood, they travel together from the small town of Grover to the big city to begin their working careers. Although they have very different personalities their friendship is strong. Their differences are highlighted by their differing vocabulary choices, descriptions of their appearance and interests, vocations and the choices they make.

The Circle is a fast-paced murder mystery that has a consistently eerie ambiance to the scenes and setting due to the vivid descriptions. The characters, while not all as compelling as the main characters, served to either bring more layers out of the protagonists, or move the plot along. And the plot, in general, is very fast, or at least if feels that way, possibly due to the various unexpected twists throughout the novel. I simply gave up trying to guess what was going to happen next.

The mystery at the heart of this novel is provocative and gruesomely creative. With an edgy but imaginative style that will pique the interest of any crime fiction fan. The Circle is an engrossing thriller that gets more intriguing the deeper we get into this dramatic mystery.

← Facing Off – Book Trailer
Lived and Breathed the Game →