← Find Yourself.
Aural Gynecology For The Layman →

A Child’s Garden Of Nine Eleven 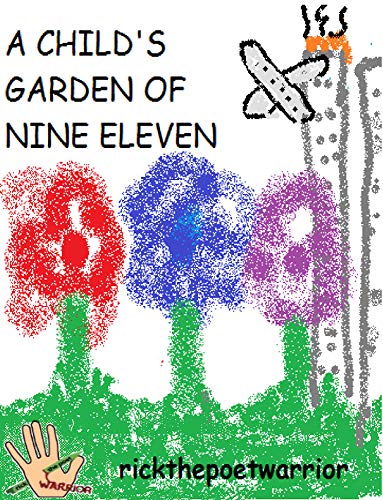 A Child’s Garden of Nine Eleven features RickthePoetWarrior’s sharp wit and biting criticism. An anthology that comments on the effects of the tragedy of 9/11 and the reactions from various groups, this book provides insights into different aspects of the horrific events that spurred the modern War on Terror.

Under the guise of silly and childish poems, written as though for children in the future, the author gives a nuanced perspective on the attacks and who suffered the most or profited at the expense of others.

The author frequently makes the point through poems such as “World Trade Center” that large corporations primarily care about the money lost as opposed to the lives and sense of security that were lost or altered permanently. In that way, he condemns those that capitalized on national loss and grief. At the same time, the book also emphasizes the tragedy of the events of 9/11 and the devastating impacts it has had on the United States as a whole. The author’s recognition of this tragedy and the legacy of 9/11 makes the anthology more tasteful and respectful than one might assume.

← Find Yourself.
Aural Gynecology For The Layman →