← Only One Left Standing
The Unfakeable Code®: Take Back Control, Lead Authentically and Live Freely on Your Terms → 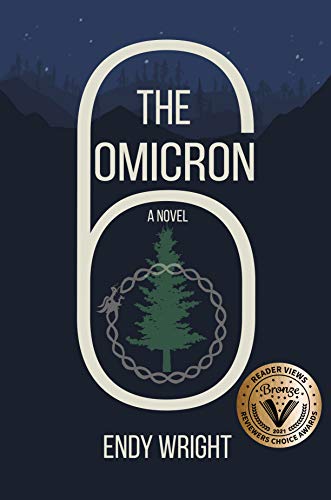 The plot of The Omicron Six by Endy Wright revolves around two young boys, Cooper Callister and Coupe Daschelete, who had vastly different upbringings. While one of them was raised in the midst of abuse, another one had a healthy and protected environment while growing up. The teens discover that they might possess some special powers after Coupe protects Cooper from a bully. Their lives then become intricately intertwined.

Things take a dark turn when people all over the country start disappearing in a mysterious way. The boys end up at a place where they meet four others with similar superhuman abilities, and an impending doom awaits them. In the face of imminent danger and difficulty, the boys have to stick by each other’s side to protect the world around them.

To find out the source of their powers, and why they have been bestowed with them, you have to delve deep into this riveting novel. The author puts forward significant intriguing questions about the nature of scientific experiments and compels us to consider their ethical validity. The book toys with the idea that by tweaking the genetic components of humans, we can make them even more powerful, so much that they can possess superhuman powers. Readers are left asking the question, where should we draw the line when it comes to scientific advancements?

Even though the book is quite a long read, its fast-paced nature makes it thoroughly enjoyable. In fact, at certain times the reader is left craving for more. An unusual amalgamation of suspense, science fiction, and endless adventure, this is a book that you would want to read multiple times, to fully grasp its essence.

I was surprised to find out that this thrilling science fiction story was 300 pages because it doesn’t feel that long. Once you get to know the characters it’s easy to get wrapped up in the story. The easy flowing dialogue and sharp prose are always moving the story forward. I was enthralled with the story, even though it contains some graphic descriptions of abuse and violence, it never seems out of place.

The Omicron Six has a gripping storyline with brilliant character development that take a thought-provoking dive into the ethical dilemma of scientific experiments. This is a provocative and relentlessly entertaining science fiction novel that was hard to put down.

← Only One Left Standing
The Unfakeable Code®: Take Back Control, Lead Authentically and Live Freely on Your Terms →