← The Magic of The Great Synergy
Villains For Justice → 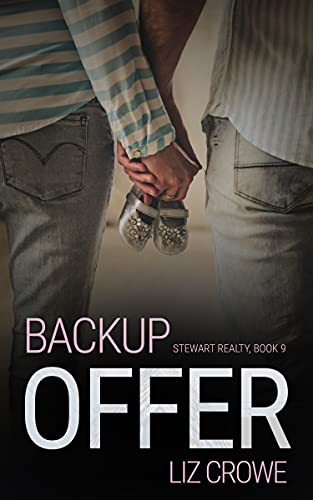 Blair Freitag is the owner and head chef of a farm to table restaurant in Louisville, Kentucky. She has plans to expand the restaurant and buy a farm of her own, but everything is put on hold when she returns to Michigan to visit her friend after a medical scare. Blair has not been home in ten years, after a painful breakup. Her ex-boyfriend, Brandis Gordon, a former addict, now runs his family’s construction company. Once Blair is back in Kentucky again, she finds that the contractor she hired to complete the renovation on her restaurant has vanished with the money she paid him and the job only half done. Not knowing where else to turn, she calls Brandis for help. They realize that they still love each other. But can they get past the wounds of their past?

Backup Offer is an emotionally-charged family saga that’s the 9th book in a series, but this book can be read as a standalone story. But for anyone who has read the other books in the series, you’ll see many of the previous characters reappear in Blair and Brandis’s story and have plenty more depth added. I liked that the book had a happy ending, which is great for anyone looking for a feelgood story. After everything Blair and Brandis suffered through while he struggled with the demons of addiction, it was good to see how he was able to turn his life around, and that she was able to forgive him for the mistakes he made in the past. Blair had an interesting occupation as the owner of a farm to table restaurant, and I liked reading the part where Brandis came to Louisville to help her when her former contractor disappeared in the middle of the job.

I felt that Blair and Brandis spent too much time apart throughout the book. Living in two different states, I felt they didn’t have much interaction until almost halfway through the story. And after Brandis helps Blair with her restaurant in Louisville, they are apart again when he returns to Michigan.

There are a few loose ends by the end of the story but, as with any good saga, you are left wanting more and desperate to read the follow up book for answers. Backup Offer is an impassioned contemporary romance novel that feels authentic and keeps things grounded, which makes the drama so much more engrossing.

← The Magic of The Great Synergy
Villains For Justice →