If the Mountain Were Smooth 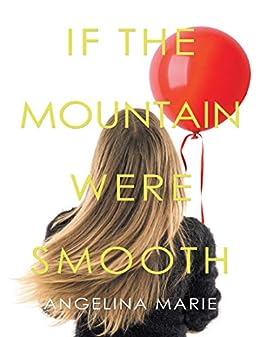 If The Mountain Were Smooth by Angelina Marie is an emotionally charged story following the internal struggle of Gabriella. After suffering a traumatic childhood centered around drugs and sexual abuse, she must combat her inner demons in her daily life. Busying herself with her up and coming career as a model while attending college, she distracts herself from the constant struggle of her mental health issues.

Full of love and hope, this story is a wonderful exploration of personal growth. Using the aspects of improving internally and reflecting on improvements in her every day life, the reader is able to experience Gabriella’s daily journey with her. Using shorter sentences in the beginning to represent the brief, disjointed thoughts of Gabriella, is a magnificent technique used to represent the character’s mental state. These sentences gradually become longer as the story progresses, and the character grows. Similarly, towards the start of the story, she reverts back to a childlike way of narrating, using terms such as ‘Mommy’ and ‘Daddy’ when she is having a flashback. Strongly suggesting where the issues she is now in a battle with began.

There is a strong sense of character throughout, with an insight into all of their different mannerisms and back stories being integrated well into the text. This is further enhanced by the use of dialect to distinguish between each person, for example the way Jason speaks with phrases like ‘crib and ‘you know what I’m saying’ contrasts with Gabriella.

This is an emotional thriller that utilizes amazing metaphors to illuminate important issues; like mental health problems which are represented as a monster or demon. This contrast against the shy, Catholic main character really encourages you to feel sympathy for her. This is a novel that creates authentic characters that readers can empathize with, if not relate to.

If The Mountain Were Smooth is a riveting contemporary drama following a troubled young woman who finds herself in the middle of a far reaching scandal where she’s forced to make hard decisions that affect the lives of people around her. This is a sharp and observant novel that fans of emotive women’s fiction will surely enjoy.