← In the Dark of Eden
A Most Fraught And Perilous Time → 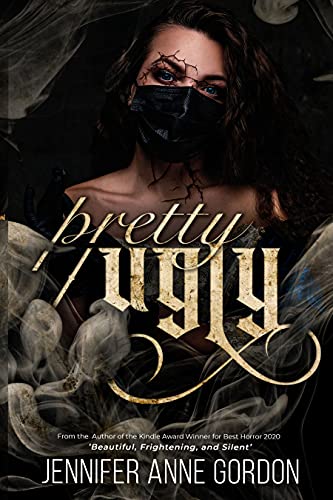 Pretty Ugly by Jennifer Anne Gordon tells a series of horrific events that submerge the world in an apocalypse. A terrible, deadly virus is starting to spread at the speed of light, making the end of the world look like a very real possibility. The story is told from the perspectives of our two main characters, Omelia and Sam. Both of them are very broken. Omelia seems to have a pretty lively personality, at least when you look at her from the outside: a lover of clothes, books and makeup that shares her passions on the Internet through live streams that she makes on her YouTube channel. However, this is only a façade, deep down she is nothing but a lost girl trying to find love. Sam seems to be on a similar path to Omelia’s: despite the fact that he was a theater major, he pursued law school and became the Democratic Candidate for Governor of Massachusetts to please his father. Dealing with the loss of his twin sister from a young age, Sam has to navigate and relive hurtful moments throughout his life as he tries to keep afloat. Both Sam and Omelia are living behind a mask, a mask that threatens to fall off as the deadliest pandemic in history reaches their lives.

From their very first introduction, it was impossible not to sympathize with Omelia and Sam. They are both very similar with respect to their journey through life. Dealing with loss, dysfunctional families, and lack of love and affection, they go through their days pretending to be someone they’re not, living as fictional characters. I was constantly hoping that they would figure things out and that they would find that thing they both were so desperately wishing for: love. However, the pandemic makes life harder for everyone and staying alive becomes the hardest thing possible.

The description that Jennifer Anne Gordon makes of this deadly virus gave me nightmares. It was detailed, precise and terrifying: a virus that represents untimely death, ruin and rot, and that took millions of lives worldwide. The book is written in such a way that the panic and absolute disgust that spread from the appearance of the virus felt incredibly realistic. People were dying in a matter of hours, they were losing their skin, their faces started to become unrecognizable and they couldn’t feel anything but pain. It all felt vivid and I was constantly worrying about the main characters, unsure of whether they would be able to stay alive, it was simply horrifying.

Nonetheless, despite the horrors described in the book, the story also offers an exploration of the characters deepest emotions, dealing with themes such as loss, loneliness, abandonment and grief, aspects that both Omelia and Sam have to deal very closely with. This story was terrifying, it definitely felt like something that could happen and I couldn’t stop reading to find out what would be the destiny of the characters. Pretty Ugly is a terrifyingly realistic dark drama that is hard to put down, and even harder to forget.

← In the Dark of Eden
A Most Fraught And Perilous Time →