← My Evolution As An Artist
A Viral Imperium → 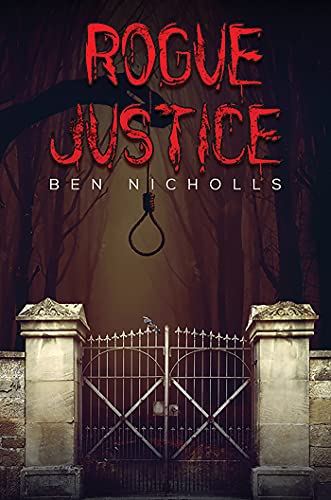 Ben Nicholls’ Rogue Justice is a thrilling crime fiction novel following two detectives that are hunting a serial killer through a small town who is carrying out his own brand of brutal justice. The town is on edge and detective Englund and Hicks are in a race against time to find the killer before the town implodes.

One of the greatest strength of this story is the masterful use of point of views. Whether they be the killer, the detectives on the case, the victims, or even innocent bystanders, the story gives us an extensive view of what is happening. Although the perspectives leave you wondering where it’s all going, the point of views are always coherent and cohesive, across multiple chapters and storylines. The action and intrigue are slowed down by the plethora of characters, or by the way some characters lose themselves in their memories. This provides great depth of character and is a sharp contrast to the fast-paced chapters.

The characters were all compelling, which helps to sustain the high level of intrigue throughout the book. Detective Englund, despite his drier moments, was riveting and I found myself following his story with close interest. Equally, the murderer was cold and calculating, which was a thrill to read. While they were not the most humane characters, they were definitely cunning and thoughtful, giving a real impression of the cat chasing the mouse.

The slow unraveling of the mystery at the heart of this story is interspersed with moments where characters wandered about their lives and the daily banality of it. This provides moments of respite before we are taken back to the action.

Rouge Justice is a captivating murder mystery with a good amount of thought for the phenomenal amount of planning the killer would have gone through. While the novel is lengthy I think crime fiction fans will find an enthralling mystery at the heart of this story.

← My Evolution As An Artist
A Viral Imperium →