← BIRDS, WHO ARE THEY?: A FIRST LOOK – Book Trailer
A Gilded Death → 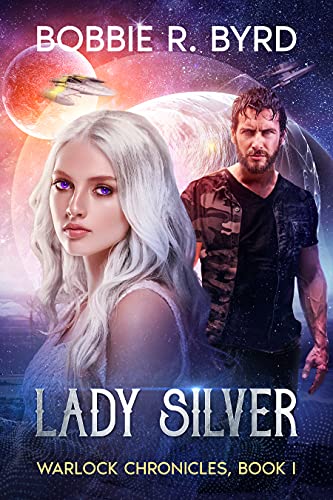 Bryanna is powerful. It is entirely within the realm of possibility that she is more powerful than even she believes or understands. It is certain that others greatly underestimate the contribution she will soon make. A member of a race different in so many ways from humans, she is able to channel energy, perceive the feelings and internal cries of others, and maintain a shield of defense around herself and those she is bound to protect. There is an apocalypse on the horizon. Those who are responsible know not what they are about to encounter in Bryanna D’Isaac–the woman who is carrying the weight of the world on her shoulders.

Lady Silver: Warlock Chronicles, Book I, by Bobbie R. Byrd, is the science fiction masterpiece centered around main character, Bryanna D’Isaac. Byrd has created an engaging storyline for fans of technologically-rich novels. Cover to cover, Lady Silver delivers action and drama all the while providing readers with superb character development.

Right out of the gate, Byrd’s novel sets audiences up for quite the adventure. We are introduced to the determined Syndria and her intense focus on the mission she has been handed. There is a certain level of ominous doom surrounding readers’ first moments with Syndria. The feeling of building anticipation is addressed on nearly every page. Byrd never allows readers to lose sight of the characters’ missions and the imminent danger which they all face.

Science fiction tales can not stand alone on futuristic aspects–there absolutely must be characters with depth who snag my attention. Byrd absolutely provides that with Bryanna D’Isaac and Devon Bastion. There is something about the mixture of warlocks and space that gives Byrd’s book a special feel.

I truly love the combination of wizardry and science fiction in this novel. Characters Bryanna and Devon could not have been paired any more perfectly. I highly recommend Lady Silver: Warlock Chronicles to anyone looking for a new science fiction author/series to follow. This book contains no lulls, no breaks in the action, and packs a great punch. I look forward to reading more of Byrd’s works.

← BIRDS, WHO ARE THEY?: A FIRST LOOK – Book Trailer
A Gilded Death →