← A Ghost Story From Nebraska
The Road Remembered → 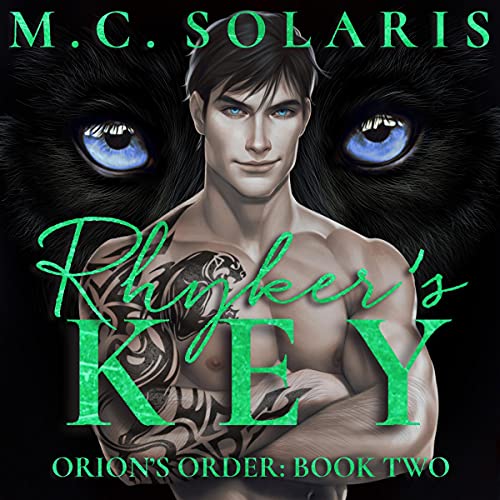 Rhyker’s Key, Orion’s Order: Book Two by M.C. Solaris follows Calypso’s Heart, which delves into a new direction with Rhyker and Keena. As the story pivots from Caly and the strong character development in the story, Rhyker becomes the focus of attention. He plans his next quest: to seduce and win over the love of his healer, Keena, despite her resistance and solid position as his friend. While she cares for him deeply, she’s aware of his attraction and eventually learns how hard he will fight for her.

The story continues with a strong plot and a richer, more satisfying look at the characters and their quest together. While Rhyker initially appears to be the standard “alpha male” whose short-sighted focus, he quickly demonstrates a stronger, more in-depth personality to win over Keena. Their complex but romantic interaction progresses into an intense level of enjoyment.

In this book, the pace quickens, building brilliantly on the first book’s foundation, where readers are introduced to Caly, a recruit, into another world of unexpected adventures and experiences. Rhyker and Keena, along with the rest of the team, offer an entertaining and steamy story that will satisfy any reader’s taste for some hot twists and developments. The intense love between the couple grows, creating a dynamic story against the intense dramatic action and suspense throughout the book.

I found this read pleasant, fun, and easy to enjoy without putting the book down. M.C. Solaris keeps readers engaged while elevating the intensity of steamy action to a new height of pleasure. It is the ideal paranormal romance coupled with suspense, action, and a hint of comedy. Rhyker’s Key, Orion’s Order: Book Two by M.C. Solaris is a fast-paced paranormal romance story with an exciting plot and exceptional character development that makes this story hard to put down.

← A Ghost Story From Nebraska
The Road Remembered →