← At the Chameleon, Turn
Fatal Pose →

The Sphere of Destiny 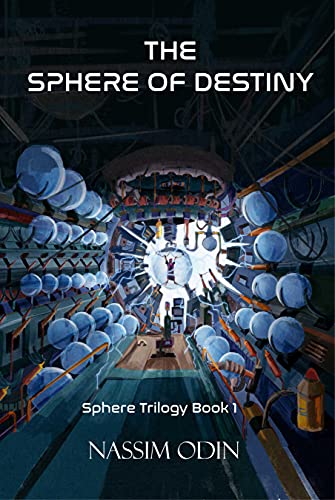 The Sphere of Destiny is an exciting sci-fi tale from the mind of first-time author Nassim Odin. Unlike most science fiction it is set in the past and follows the adventures of Al-Khidr, a student of alchemy living in Baghdad in 832AD. At the behest of his, Caliph Al-Khidr is tasked with traveling to Egypt and breaking into one of the ancient pyramids. What he finds within completely changes his worldview. Before long Al-Khidr finds himself stranded on an advanced alien planet. A fish out of water wrapped up in an alien conspiracy going back thousands of years.

The Sphere of Destiny is unlike any science fiction novel I have ever read. It is impressive how Odin, a first-time author manages to steer clear of the usual sci-fi clichés. Most science fiction is heavily western-influenced, and this is what makes The Sphere of Destiny so refreshing.  The novel has two main influences. The beginning, set in Baghdad, has a very Middle Eastern flavor and Odin’s passion for the setting is apparent. Odin does a brilliant job at teaching his audience about this time. Later, when Al-Khidr reaches the alien planet everything is heavily influenced by ancient Egypt. As a huge sci-fi fan, I was pleasantly reminded in some ways of the movie Stargate. Here Ancient Egypt is fused with hard science fiction.

The writing moves at a breakneck pace. Odin has created a huge new world with thousands of years of history but never gets bogged down in needless exposition. Instead, this world’s history is fleshed out organically through his storytelling. Any questions the reader is left with will, I’m sure, be answered in the next two books of the trilogy.

While I enjoyed the book, I felt that the execution doesn’t measure up to the brilliant tale Odin is telling. Whilst I appreciate not being bogged down in flowery language, I felt that there were not enough descriptions. With some other issues that an editor can easily fix, this is still an engaging story that I heartily enjoyed.

The Sphere of Destiny tells an engaging science-fiction story unlike anything I’ve read before. It shows great respect for a culture rarely depicted in science fiction. This is a trilogy I am excited to keep following.

← At the Chameleon, Turn
Fatal Pose →