Notes On The Train 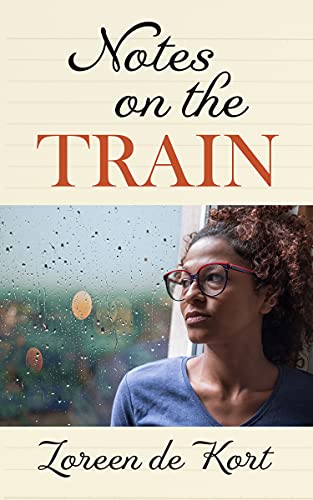 Notes on the Train by Loreen de Kort is a thought provoking collection of impassioned poetry and prose. It includes dozens of poems about a range of themes such as hiding your true feelings for fear of being hurt, allowing others to affect or control how you feel, not seeing the good things about yourself that others can see, feeling unloved, looking outside of yourself for happiness rather than finding it within, not being seen for your true self, not fitting in, feeling lost, not being able to accept help from others, striving for a high goal that has not yet been reached, and questioning what is the meaning of life.

The poems in this book are heartfelt and stirring, and I enjoyed all of them in different ways. Although many of them have a darker theme, there were also many poems that were inspiring and uplifting, which were the ones that I especially liked.

My favorite poem was “Hitting and Missing”, which is about what a mother is missing by having children not outweighing what she didn’t miss–the precious moments with her children. Even as a reader who does not have children of my own, I could relate to this poem because it made me think of my own mother. I also liked the poem about puzzle pieces with each doll holding a different piece which represented a specific emotion or quality that was needed to make a complete whole, and not allowing the sorrow piece to take over. This poem was different than any poem I have read in other books, and I liked the uniqueness of it.

The poems varied in style with differing structures and ranged in length from a short poem with only four lines to poems that were a few pages. I liked this variety in the poems because it ensured that the book did not feel repetitive even though similar themes were used. This book is comprised almost entirely of poems, but I enjoyed the inclusion of the short story as well.

While I did not fully understand some of the poems, I still felt that the poems were stimulating and meditative. I felt that some poetic styles didn’t resonate with me, but I appreciated how the poems conveyed a variety of emotions, some of them dark but all of them were expressive.

Notes on the Train is a stirring poetic exploration of the authors emotions and the struggles anyone faces with depression and the myriad of struggles that life presents. A bold, candid and memorable collection of poetry.

The Monster has been on a rampage with all these interviews. Here is another one with T. Lucas Earle, author of The 13th Prophet and Monkey Talk.

Your short story, Monkey Talks, is about an intelligent monkey that struggles with his species new place in the world. In the synopsis of the book you mention that your story is derived from the story, Journey to the West, and the main character, Sun Wukong (Monkey King). Can you tell us a little bit about how that 16th century novel inspired your work?

The thing that I found so interesting about Sun Wukong was that he bested all the gods in the heavens. He proved that he was the greatest fighter of all time, and yet he never really won, because they still looked down on him for being a monkey. It’s interesting to me, because what was being discussed in China in the 16th century is what we now call the “glass ceiling.”

The 13th Prophet is about people’s fixation on self improvement through personality upgrades. The story reminds me of people’s fanatical devotion to Apple products and the way you tell the story gives it a religious undertone. Why ‘Prophets’, why ‘personalities’, and why ‘upgrades’?

Our current view of celebrities is akin to idolatry. We worship them, in our own strange ways. But our celebrities are generated by powerful media conglomerates. They are chosen, and then presented to us for worship. The world of the 13th Prophet is not all that different from the one we inhabit now. I’ve just called a spade a spade.

So far, or at least as far as I know, you have only written short stories, do you plan on writing anything more substantial in the future?

I’ve also written a short film, called Abduction, which is on the festival circuit right now. (It was premiered at the LA Shorts Fest, and will be shown at the LA New Filmmakers Fest on January 11th.) I am working on a novel about the relationship between a disabled young woman and a giant. And I’m in the process of revising the first book of a science fiction trilogy about space and robots and all that fun sci-fi stuff.

Find out more about T. Lucas Earle at http://www.tlucasearle.com/