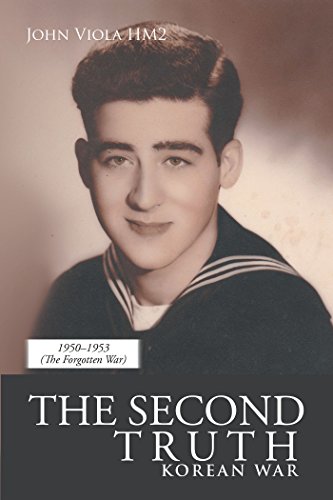 Everyone has a second truth in their lives. There is always some choice which can be made that will lead to suffering. We often do not know what these choices will lead to until it is too late. There are many people who do not fully understand what is entailed by their choice to protect and serve others, especially the suffering that can easily result from this choice. In the case of the Korean War, many of these sacrifices went forgotten by people back home, with a lack of recognition, this war, and the people who fought it began to fade into obscurity.

The Second Truth written by John Viola is a riveting personal account of his time spent in the military during the Korean War. This intriguing memoir gives incisive and thoughtful insight into what service men and women actually experience during their tours of duty. There is a matter of fact feeling to the book that tells it like it is.

While I enjoyed this memoir immensely, I would’ve like to have had the military terminology explained a little bit more so that readers who have no direct relation to the military could better understand what is being discussed. However, the book had a natural feel to it as well as an integrity to it that I found very satisfying and authentic.

If you are looking for a memoir that provides a candid view of the military during the Korean War then I would highly recommend The Second Truth by John Viola.