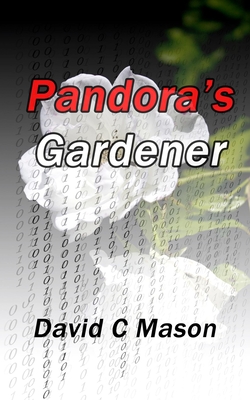 John Cranston had no aspirations to be a spy. He was a gardener for goodness sake, and enjoyed the mediocrity that came with the job. But as is often the case, the unexpected came knocking and suddenly John found himself in the middle of a plot involving an old friend, the Russians, secret societies, and crooked cops- just to name a few. To make matters worse, they all seemed to think he was on par with them in regards to secrets and skills. As each day pulls him further from his business as usual, John has to uncover and help stop a sinister conspiracy that is revealed to be a matter of world security.

Pandora’s Gardener by David Mason is a fun and fast paced thriller that tows the line between the serious espionage of James Bond and the absurd escapades of Austin Powers. With each new obstacle that John comes across, Mason does an expert job of weaving the stories together until the reader is effectively hooked. To keep the mood from getting too heavy, even the situations that provide a real degree of danger are met with a ridiculous sense of humor that helps keep the events moving right along. It’s a classic tale of “good guys” versus “bad guys” but crafted in a way that makes it difficult to determine which is which, since so many of the characters are delightfully charming. The notable exception of course is our unlikely hero who insists, time and time again, that despite his apparent skills, he really is just a gardener. No one believes that, and hijinks ensue.

The sheer amount of plot lines, characters, and double crosses could potentially make for a dense and unreadable story, but instead everything works in perfect synch. As mentioned before, Mason is superb at crafting the story, ensuring that there is always something new around the corner, even as other loose ends are resolved. Every character adds a distinct flavor to the story, no matter how briefly they may appear, and while some of them aren’t given the resolution they may deserve, it doesn’t affect the tone of the book.

Pandora’s Gardner was enjoyable and fun to read from start to finish and if there is any complaint I have, it’s that it was long enough to consistently surprise me with its new developments, and that it never fully fleshed out John’s past, which was referred to occasionally. Even at that, I was never disappointed. It maintained an excellent balance between goofy and serious while John consistently plays the part of reluctant spy perfectly.