My Personal War Within: A Struggle to Find Inner Peace 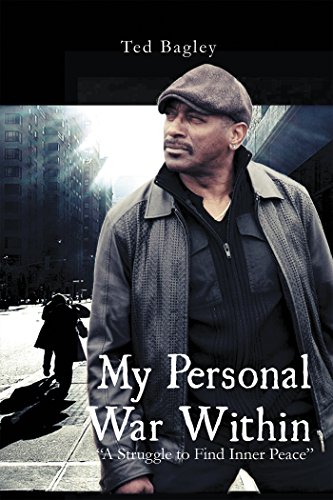 My Personal War Within is a journey through Ted Bagley’s upbringing and life until adulthood. Growing up in a world of prejudice and not quite understanding the sense in it. Wanting to worship but not being able to do it at any house of worship. This book offers a look at the fight for civil rights from the perspective of a little boy. Wondering about segregation but somehow accepting it as the norm.

Ted Bagley takes the reader on a scenic journey through his life. His descriptions are vivid and help the reader develop the appropriate mental image. It is a well-written book with a historical backdrop. It is lovely how the author has woven history into his story in a way that makes the book incredibly enjoyable.

The book flows easily and is written in simple language. The author’s writing reads like a velvety baritone narration. The story while not flashy or sprinkled with pizzazz is very much enjoyable. It provides a different perspective on civil rights and the struggle for it during Ted Bagley’s youth. This book does not make that generation feel out of place in a different era. It embraces all and bares all. While I enjoyed the candid nature with which this engaging story is told, I felt that is sometimes digressed, swerving occasionally into little side stories.

This book has a different tone from Ted Bagley’s other book, Demolition of Democracy, but it still has the Ted Bagley spirit. It is an important book especially with the current wave of racially charged violence playing out in our country. It is important to understand how unfounded and unnecessary racism is. Ted Bagley says that some of the people who hated him in his childhood do not actually remember why they did today. Hating him for the color of his skin was sort of just required.

My Personal War Within is well written and eye-opening. The language is polished and I recommend this book to anyone looking for an intriguing civil rights history lesson with a personal touch.

August James, also known as AJ, is born to parents who are struggling to make ends meet. His educated mother is addicted to the white stuff and growing up in the projects doesn’t motivate AJ to care much about school. He is a bright and talented student whose good grades come easy. When the urge arises to help his family rise up and live a better life, AJ realizes that he must make sacrifices to make it happen. Is AJ ready to make them?

Trapped is a novel that I found to be surprisingly deep considering the gritty nature of the story. AJ is a character that continued to gain layers as the novel progressed. He’s a character that is representative of many struggling kids that grow up poor. Ted Bagley does a fantastic job of detailing the specific consequences of being poor, the lack of opportunity and education are just a few roadblocks, but the compelling aspects of this novel come in the subtle ways that Ted Bagley is able to combine desperation and resignation into the fabric of society around AJ.

AJ meets intriguing people along the way who each make an impact in his life. All the while themes such as family, friends, honesty and spirituality play a big part in shaping AJ and help him navigate the dangerous streets (in more ways then one) of Chicago. It’s an epic, yet tragic, life that is told with a bit of reverence and lots of charisma.

Trapped by Ted Bagley is a complex reflection of a crestfallen society and the tragic life of young men of color in that society. When their future is defined by where they were born and live, the choices they have are few, but pivotal. Ted Bagley is able to capture this nuance in an authentic way that had me reflecting on these ideas well after I put the novel down. Filled with wonderfully detailed observations, Trapped is entertaining and captivating. I want to leave you with a quote that I think sets the tone well for this novel, “Drugs did not originate in the slums of Chicago, but it definitely thrived there…”. 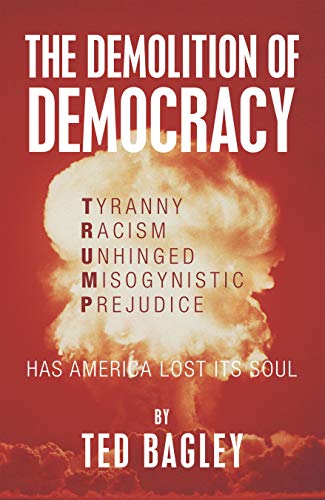