With A Little Mystery

War of the Cha’cict follows a corporal who is infected with an alien virus and must race against the clock, and the enemy, to complete an important mission and be cryogenically frozen. What was the inspiration for the setup to your story?

I am a fan of space opera/adventure stories. To me, the rich environments provide a great way to speculate on human reactions when confronted with issues beyond the normal. I have always been fascinated by aliens and future technologies and used these to challenge my main character. The War of the Cha’cict was the vehicle for my attempt to to take a “regular” human being and confront him with a multitude of issues happening close together. Poor Jared was confronted with life-affecting, often complex situations which tested his emotions, morality and decision-making. An undeclared war with an alien race seemed a good launching point to explore topics of space warfare, Artificial Intelligence, alien cultures, with a little mystery, and some romance thrown in.

Jared is an interesting and well developed character. What were some driving ideals behind his character’s development?

Personal growth – What doesn’t kill you, makes you stronger. A willingness to make decisions for the greater good over personal gain. In addition, Self examination and the ability to change opinions when presented with new facts.

This was an action packed story. What scene did you have the most fun writing?

Jared’s escape from from the doomed scout-ship and his awakening on the asteroid.

I’m currently working on the second book of this two-book series. I hope to have it completed by the end of November of this year. 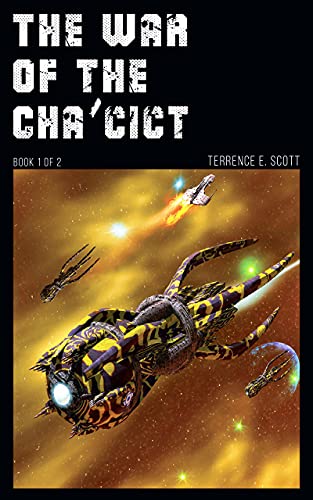