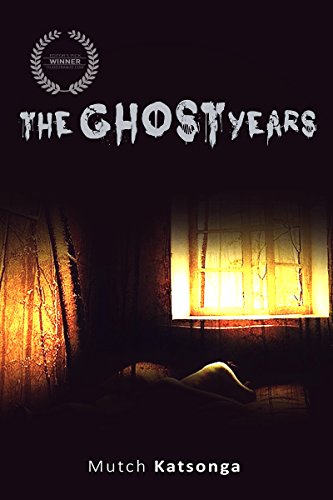 The very personal story of The Ghost Years by Mutch Katsonga will give you a first class seat straight to the heart of hell. And you will thank Katsonga for it. This first-person narrative follows the life of a young man caught up in the life of drugs in detail that is rarely found in literature. Katsonga is pulling no punches in showing us the mind of a junkie in this satisfying novel. While sometimes getting very close to it, The Ghost Years is careful not to put its characters into situations just to prove a point. What it does is allow them, and the reader, to grow as people in this hard-hitting and memorable study of the seedy underbelly of society. Several action scenes and a couple of twists and turns keep the story going to its well-earned conclusion.

I felt that many events that the main character had to endure do often seemed to be laid out just to have him fail. The character of Buzz, for example, with his never-ending optimism and somewhat expected twist revelation does come off as a narrative tool more than a real person. But still, somehow it works, and the story is better for having him in it.

Katsonga’s style of writing could be best described as “tell, don’t show”. I felt that exposition was overused to get us into the mind of the main character. Lines and lines of text are expended on questions about life, death and society. Because of this, I felt like the narrative and the view of the world appeared to be spoon-fed to me.

However, the advantage of this style quickly gets the reader up to speed. We are left with a great understanding of the motivation that drives the story line. The logic that his character follows is consistent and that was Katsonga’s goal all along. Some may not approve of the drug use in the story, just as in life, but we can give his character that one thing he was craving his whole life – understanding.

Previously moot and tired questions about the meaning of life get a whole new context when asked with an empty stomach and the craving for a new “hit”. The Ghost Years will have you asking about the reasons that make you get up in the morning – are you doing it because you are told to do so or because you choose to? How far do you have to drift aimlessly before you decide to take a direction for your life?

The Ghost Years by Mutch Katsonga gives us several clear and memorable lessons about the value of choice, life, drugs and society in this crude but honest and hard-hitting book.